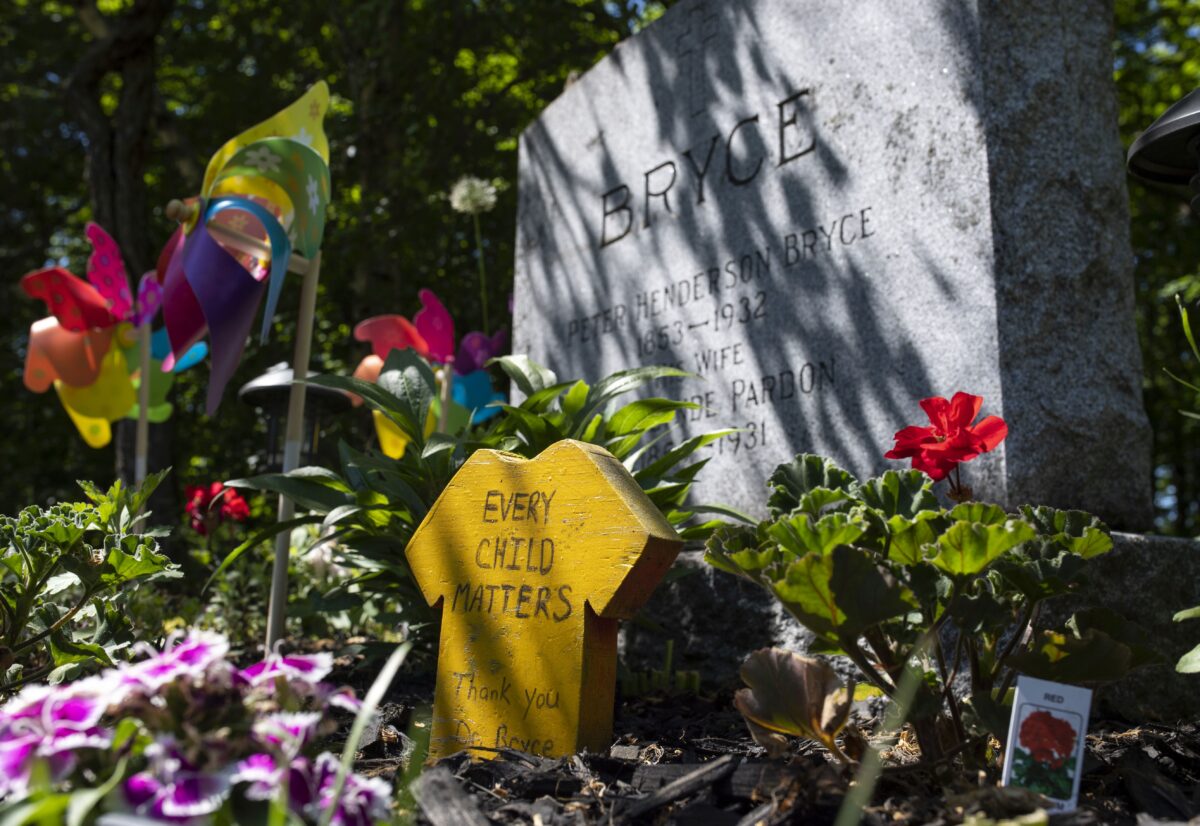 Was Peter Bryce, the only dead white man who resisted the trend of demonization, a saint or a sinner?

Many of Canada’s important historical figures have had their statutes overturned and their names erased from buildings and maps in recent years in a burst of historical cleanup. Among the victims: Sir John A. Macdonald, Egerton Ryerson, Sir Hector-Louis Langevin and Samuel de Champlain, all former heroes and nation builders.

The good these dead white men did in creating modern Canada has been ignored. Any act or statement contrary to contemporary Canadian values ​​is seen as warranting their public condemnation and erasure. The litmus test for this is any association, however remote or tangential, with Canada’s residential schools.

But there is a dead white man from the last century whose reputation has risen as fast as the others have fallen. The stature of Dr. Peter Henderson Bryce, a senior public health official at the turn of the 20th century and previously a minor figure in Canadian history, rises triumphantly.

Today, Bryce is widely considered a “hero” for his efforts to improve residential schools. In 1907, when he was chief medical officer of the Department of Indian Affairs, he investigated the dismal health conditions in these western Canadian schools and published an official report which received considerable public and political attention. Later he tangled on other reforms with Duncan Campbell Scott, the imperious bureaucrat who ran Indian Affairs for several decades. Bryce was ultimately sidelined in this fight.

After his retirement, however, he self-published the pamphlet “The Story of a National Crime: A Call for Justice for the Indians of Canada” in 1922, an attempt to draw renewed attention to the issue. For this, Bryce is now celebrated as one of the first “whistleblowers”. It is a revival primarily led by Indigenous scholars and activists based on the narrative of Bryce’s pamphlet.

On September 30, the second National Day for Truth and Reconciliation, a federal holiday, Bryce was honored with the unveiling of a plaque on Sparks Street near Parliament Hill in Ottawa.

According to Indigenous activists in a recent CBC article on Bryce titled “Doctor Who Exposed Atrocities at Honored Indian Residential Schools in Ottawa”: “The federal government at the time blocked him by cutting his research funding, l preventing doctors from speaking at conferences and eventually pushing him to quit his job.

However, whistleblowers often have complicated, overlapping and sometimes selfish motives. And when the whistleblower, as in the case of Dr. Bryce, remained silent for many years and published his pamphlet only after being dismissed from a high government position, the reader must take some note.

Bryce, far from being a whistleblower, was specifically tasked by Indian Affairs with investigating health issues at residential schools and making recommendations to address them.

And rather than “filibustering” him, the federal government acted with alacrity. His report was circulated for comment to all Members of Parliament, the churches operating the residential schools, and the principals of the schools.

The issue was debated in parliament and in the newspapers, and within three years the government dramatically increased funding for schools and implemented three of its most significant proposed reforms.

These included specific provisions on airspace per pupil (airspace and sunlight were widely considered at the time to be important in reducing the spread of tuberculosis infection, the leading cause of death in students), more rigorous screening of students on entry to school (including a medical examination) and compulsory gymnastics for all students.

Despite what historical revisionists claim today, Bryce pulled off a political hat trick: his three key proposals were implemented and the Indian Affairs budget was increased by 60%.

Two years later, in 1909, at the request of Indian Affairs, Bryce and a colleague examined 243 Aboriginal children in the Calgary area and found that tuberculosis was present in children of all ages. Basically, no child awaiting admission to a native school was found to be free from tuberculosis, leading to the conclusion that “the main source of infection is at home” and that “the elderly person with tuberculosis at the home is the essential source of infection.”

A later study in 1920 using the first reliable test for tuberculosis showed that even in infants (Aboriginal or European) the main killer, on and off reserve, was tuberculosis, again confirming that the disease was mainly contracted at home and not in boarding schools, contrary to the current account.

It is impossible to reconcile the modern narrative advanced by indigenous activists with the actual historical record. The “facts” were not ignored by the government, but acted with great speed.

The same contradiction between historical facts and their contemporary rewriting holds for Bryce’s recommendations (ignored in the modern narrative) that the government should impose compulsory attendance at Indigenous schools and that most Indigenous students should attend residential schools rather than residential schools. day schools.

Bryce’s recommendations were at odds with longstanding government policy (in place since the 1870s) which assumed that, over several generations, the value of education would become evident to Aboriginal communities without the need for compulsory measures.

And Bryce’s recommendations were made at a time when the majority of Indigenous students attended day schools (there were 248 day schools and only 74 boarding schools) and when, far from being compulsory, more than half of all day school students or boarding schools dropped out. after the 1st year.

Bryce was a man of his time in other ways as well. In his work for Indian Affairs, he often advocated “mixing of white blood” (intermarriage) and the integration of native Canadians into white society as a solution to native health problems – ideas that would be met with disbelief. if they were officially announced as such. policies today. And yet, intermarriage rates are often used today by sociologists as a measure of the success of a racial, linguistic, or religious group within a larger society.

So why have Bryce’s defenders chosen to celebrate his accomplishments in stark contrast to how nearly every other significant figure from Canada’s past has been treated in recent years? It’s a unique puzzle. Perhaps Bryce’s disparate treatment is meant to offer atonement to white Canadians through a single righteous figure. Or perhaps it aims to counter criticism that the popular approach to Canadian history is relentlessly negative.

By all means, Canadians should reflect on the complex and sometimes inspiring story of Dr. Peter Henderson Bryce and give him credit for his accomplishments and good intentions. But we should do the same for the rest of Canada’s now obscured pantheon of historical figures, some of whom, including our first Prime Minister, are far less compromised than Bryce.

Sir John A. Macdonald was instrumental in ensuring that Indigenous peoples were immunized against smallpox, a disease to which they had no natural immunity, by providing massive emergency food aid when the people of Buffalo collapsed and avoiding the Indian Wars that plagued the American experience (Canada had none). In total, these actions saved tens of thousands of indigenous lives.

Canadians must learn to appreciate their past as it happened, whether that is narratively or politically practical.

An earlier version of this story by Greg Piasetzki first appeared in C2C Journal.

Greg Piasetzki is a Toronto-based intellectual property lawyer with an interest in Canadian history.