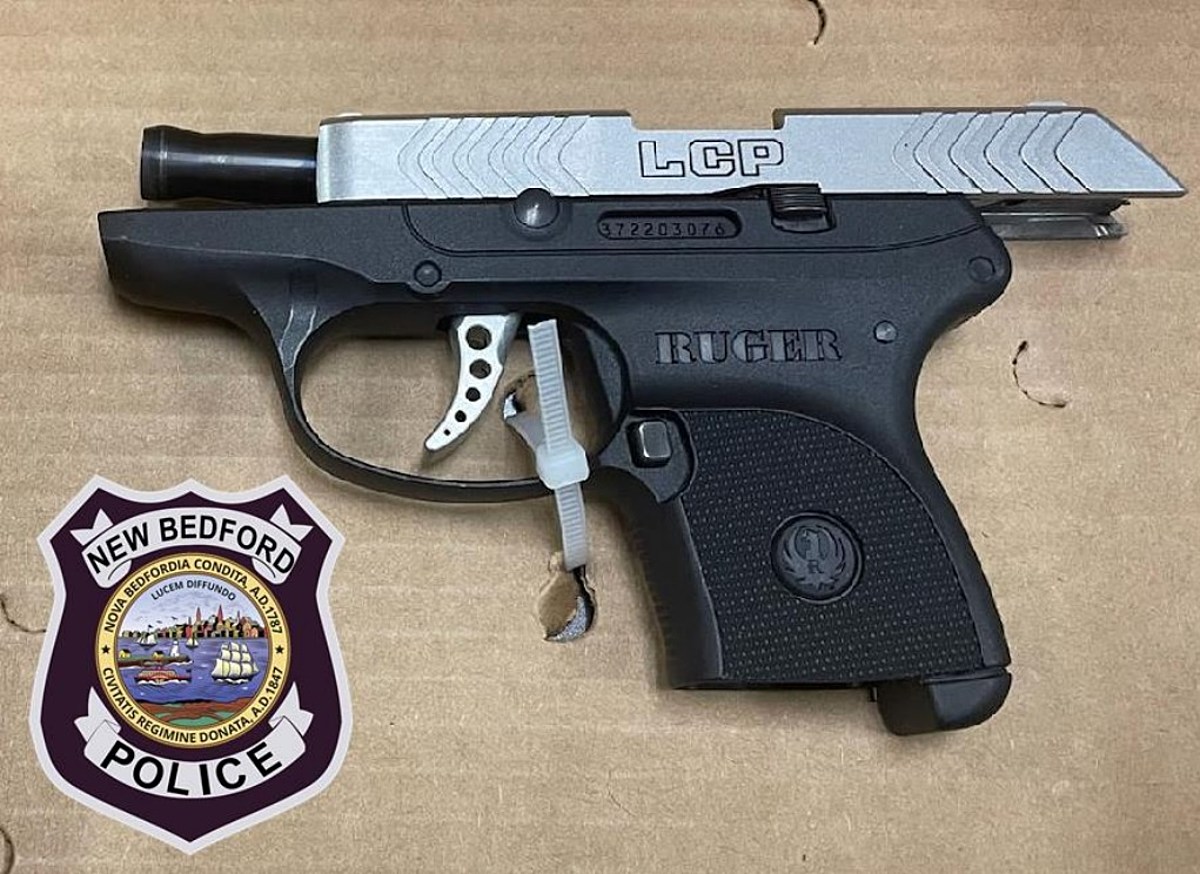 NEW BEDFORD – A vehicle was damaged after a New Bedford man shot it with a stolen weapon during a drive-by in the South End on Wednesday night.

Sawyer Street resident Marcus Hubbard, 21, was taken into custody after police said detectives caught him fleeing the scene of the shooting.

Police said organized crime detectives were already in the area when they heard gunshots fired from about two blocks behind them around 6 p.m. Wednesday.

Det. Nathan Almeida and Det. Matthew Sylvia was heading north on South Second Street, but immediately left his cruiser and ran towards the sound of gunfire.

They saw Hubbard fleeing the scene through a nearby alley, pulled him over, and arrested him as patrol officers arrived to assist him.

Police say multiple .380 casings were found near 600 S. Secont St. and a parked vehicle was damaged by gunfire.

A loaded Ruger handgun was also found in a nearby trash can.

Police say the gun was later stolen in Lawrenceburg, Tennessee.

Hubbard is charged with carrying a loaded firearm without a license, receiving stolen property, damaging property and trespassing.

How Much in America: From Guns to Ghost Towns

Can you guess the number of public schools in the United States? Do you have any idea how many billionaires might reside there? Read on to find out, and learn a thing or two about the cultural significance and legacy of each of these selections along the way.