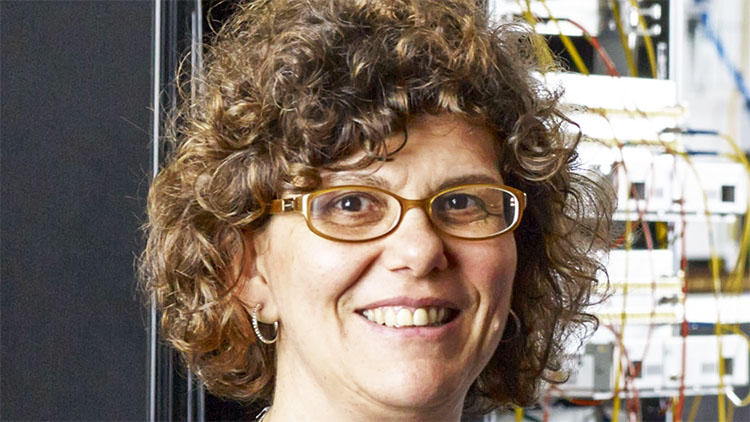 Two British universities have set up a research and innovation unit to work on 6G, the next generation of mobile.

The project, led by King’s College London and the University of Bristol, will involve more than 400 experts in telecommunications networks, cyber, artificial intelligence (AI), digital humanities, social sciences and the arts, they said.

Professor Dimitra Simeonidou (photo), director of the University of Bristol’s Smart Internet Lab and co-director of the Bristol Digital Futures Institute, said: “The public is only beginning to see firsthand the enormous potential of 5G networks, an area that we have been working on for many years.

The new hub, 6G Futures, “will now focus on next-generation mobile networks – 6G and beyond – and the truly impressive capabilities they will bring,” said Simeonidou, an optical communications specialist who previously worked with Alcatel. .

She said that 6G, which “will be inherently human-centric,” will take academics “well beyond future predictions: it is mostly about having the specialist knowledge and expertise to transform visions into deliverable solutions, accelerate innovation and make a positive difference to society around the world.

His colleague in the project is Professor Mischa Dohler, professor of wireless communications at King’s College London, the university where Charles Wheatstone pioneered the electric telegraph two centuries ago.

He said: “As the adoption of 5G accelerates around the world, it is important that the UK is ready for 6G as the next generation mobile technology. The creation of this center is a milestone for the UK tech industry.

Dohler, whose sister Anita Döhler, CEO of the Next Generation Mobile Networks (NGMN) Association, is also leading the work on 6G, said :, and integrating blockchain, quantum and federated AI technologies.

King’s College London specializes in mobile networks and the University of Bristol has particular expertise in wired / wireless technologies and network layers, the institutions said.

Both universities said they expected download speeds 10 times faster than 5G. But 6G will also “harness the ability of trillions of connected machines to transfer sensory information as part of the communicative experience, creating a whole new cyber-physical continuum,” they said.

“In addition, 6G will include networks that are designed, organized and maintained, offering previously unprecedented levels of efficiency.”

Dohler noted, “But it’s not just pure technology: we’re going to be working on co-creating with verticals towards some really exciting and socially impactful use cases, while also contributing to the policy, alliances and global standards. “

Home schooling specialist Adam Caller says “There should be a registry, but it shouldn’t interfere”

Cyber ​​security is becoming a concern for schools and universities

‘Disappointing’: At universities and colleges across Canada, online…