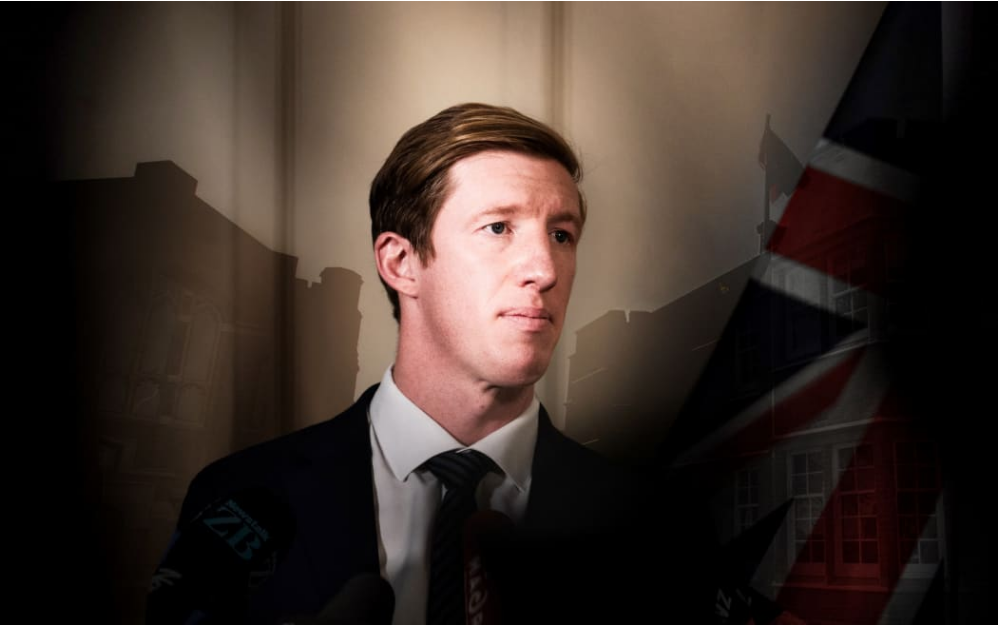 National MP Sam Uffindell denied terrifying a housemate but admitted beating a younger student during his school days. However, he says boarding schools were full of “tumults” in the 1990s. Was the violence and intimidation really up to the mark? And if so, has anything changed?

Warning: This story contains offensive words and descriptions of violence

David* was 12 when he first entered the dorms at King’s College in 1993. He was excited; he had come to take his entrance exams on the stock exchange and was spending the night. He remembers sitting up on his bed and seeing older children strutting around, socks full of tennis balls and golf balls slung over their shoulders. He says they used them to hit the younger ones, who were half their size, leaving them covered in bruises.

“It was my experience, my first night witnessing… the violence of the fifth and sixth elders towards small, frightened prepubescent children, so it was not a good introduction.”

He first made headlines after a former King’s College student revealed to Stuff that the politician, along with other students, beat him while they were both boarding at the school over 20 years ago. He denied other allegations that he terrified a housemate by banging on her bedroom door and shouting obscenities until she fled through a window.

He did, however, admit to being a boarding school bully, and after expressing his regret, Uffindell told Morning Report yesterday that at the time of the incident, in the 1990s, there was “turmoil” at boarding schools and “a lot of people participated a bit in that”.

But was student-to-student violence really common, and is bullying and assault a problem in boarding schools today?

“Meat for Their Grinder”

David says he wasn’t surprised to read the story of Uffindell’s victim.

“My first thought was, ‘Well, that sounds believable, that matches my experiences.

“A punch here and there, or a kick, or someone being pushed down the stairs or cornered and threatened; that was pretty common.”

But, he says, more than anything, he has been affected by the culture of fear created by the violence.

“There has always been a threat and we never really felt safe, especially if we weren’t athletic, or in the 1st XV rugby team.”

On a few occasions, he remembers being stuck in the stairwell, called a “faggot,” then punched in the face, leaving him with a split lip.

“In these situations, you have a choice to escalate it and defend yourself or just take it.”

David says he “always took it” instead of fighting back; he didn’t want to make it worse than it was.

“There was always an undercurrent of violence and there was always that kind of fear. The kids who were athletic were always first-class citizens and everyone else was meat for their grinder.”

He says he was lucky to be in a boarding house where the violence happened about every month, which was better than some of the king’s other dorms where he had heard it could happen every day or every week.

“I wasn’t in the one [dorm] which had the reputation of being particularly disagreeable. It was just luck of the draw.

“If you weren’t a rugby or cricketer player, I think you would have walked out of this place with some degree of damage.”

In a statement, King’s said it dealt with the incident involving Uffindell more than 20 years ago. Uffindell was asked to leave the school. He also said there were policies in place at the time that made it clear that Uffindell’s behavior was unacceptable.

The Reverend Warner Wilder was the chaplain at King’s College between 1989 and 2016 and says violence and bullying was rare and never accepted by the headmaster or other members of the school’s senior leadership.

“There was a very strong culture about caring for each other. And it was made clear to parents and students that any form of bullying would not be tolerated and Sam found out.”

If there was violence at King’s despite the policy prohibiting it, the school was not alone.

Stories of bullying and assault among boarders from this era abound, with one school, St Stephen’s, closed in 2000 after reports of violence and mismanagement. Then-Education Minister Trevor Mallard cut funding for the school shortly after 20 boys were suspended after kicking and hitting younger students with sticks.

Simon* was a student at a boarding school in Auckland in the 1980s. He describes an environment where young children were punched and teased on a daily basis.

“They would put rugby boots inside pillowcases, you would get hit on the head with that, and it hurt.”

On one occasion, Simon recalls a group of young boys standing in a circle around a student, whom they called “Hunchback” and chanting “Pile up” as the boys jumped from their bunks onto him. They were inspired by the popularity of WWE wrestling.

“I just remember the fear in his eyes, and he’s just looking around as probably 20 boys surround him, and they’re moving very slowly with this chant, ‘Stack! Stack! Stack!’

“A lot of guys told me on day one that no matter what, you never make fun of someone because you’re going to make it 10 times worse.”

Dormitory prefects were assigned to look after the younger students during the night.

One night Simon was standing in for a dorm prefect and remembers that out of fear he allowed a group of 20 16-year-olds to beat up a 13-year-old.

“They wanted to give this guy a hiding place and they said, ‘Can we do this?’ and I said, ‘Yeah I’ll just turn on my stereo [so I don’t hear].’ So the stereo goes up and I hear over it. I can hear this boy hiding completely. Screaming for me, since I’m supposed to protect him, and I just allowed it to happen. God knows what’s happened to him now.”

Simon was afraid that if he didn’t let them beat the 13-year-old, they would beat him instead.

He wasn’t the only one taking the safer route. He says nice guys would eventually become bullies, because it was bully or be bullied.

In 2021, William Wilson, an alumnus of Wesley College, spoke about the physical abuse he suffered in the early 1990s to the Royal Commission into Pacific Inquiry into Abuse in Care.

He detailed beatings and severe bullying by prefects.

After hearing his testimony, Wesley College apologized to Wilson.

‘Lord of the Flies’

Dr John Fenaughty, a senior lecturer at the University of Auckland’s Faculty of Education and Social Work, says the impact of these types of experiences can be similar to that of post-traumatic stress disorder.

“We know that the long-term effects of bullying include a higher likelihood of depression and anxiety. Certain physical symptoms can also be produced. Research even suggests that it can affect a person’s physical development.

“Both forms of bullying are incredibly dangerous in the long run.”

He says the environment plays an important role when it comes to fueling or discouraging bullying.

“It’s almost a bit Lord of the Flies-ey in some ways. That a lot of people put in contexts that promote bullying and harassment… are probably going to be involved in bullying.

“That’s not to say there aren’t necessarily individual factors, bullying is a complex interplay of individual characteristics alongside that cultural background.”

Are boarding schools different than they used to be?

RNZ has approached the NZ Boarding Schools’ Association but has yet to comment. However, one of his most recent Facebook posts talked about the benefits of boarding. “Being a boarder is about building trust, supporting friends and community, and becoming resilient.”

In a statement, King’s said it has clear policies regarding student behavior.

“Our student guidelines and discipline policies make it clear that we will not tolerate any violation of major school rules, including harassment and serious misconduct. We have confidence in our disciplinary and pastoral processes and we make it clear in our messages to the wider community that it is every student’s right to feel safe at school.

Reverend Wilder says while he doesn’t think violence was ever prevalent at King’s, student welfare is a primary concern these days.

“Today there is a lot more emphasis on supporting students than I thought maybe 60 or 70 years ago. I would say I think it’s a very safe place and the pastoral is a big school culture.”

He says the culture at King’s College changed with the arrival of female students in the 1980s.

It’s been 24 years since David left King’s College and he says he received a good education at school. He hopes the bullying and violence has stopped, but he still struggles to see how boarding schools are the right place for children.

“To put 50 teenagers in a building and expect them to live together and have a pleasant and functional experience is just a bit unrealistic. The legacy of stiff upper lip British boarding schools is simply not not the right place for modern children.”

*Names have been changed.