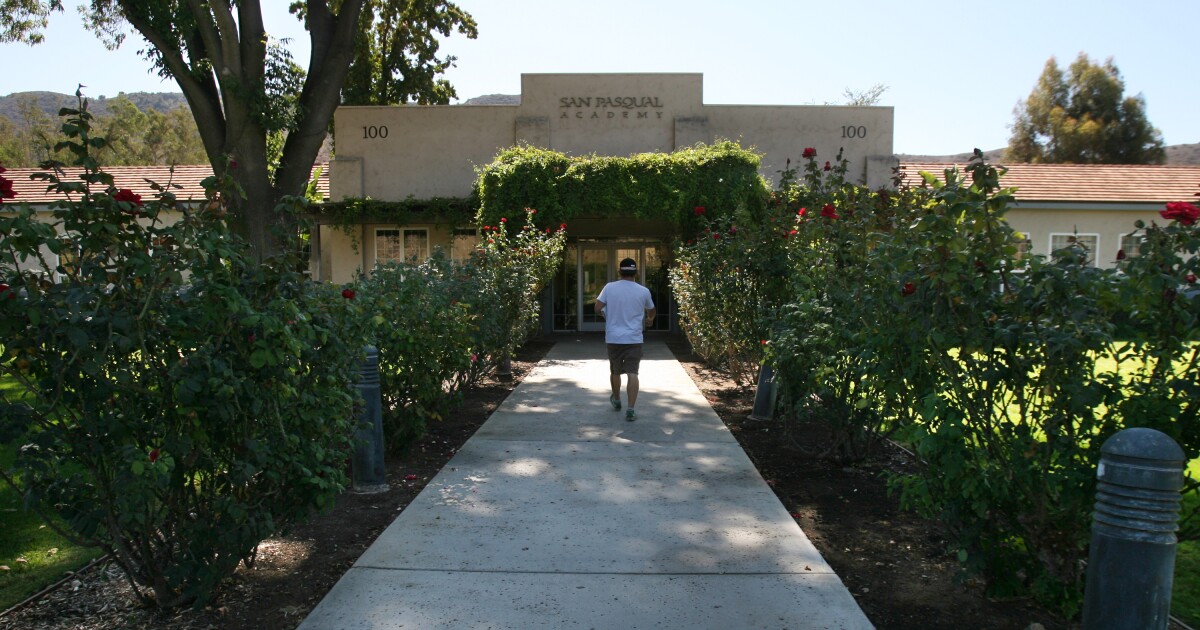 San Pasqual Academy, a boarding school for foster children that was scheduled to close this spring, will remain open and offer expanded services, the San Diego County Board of Supervisors announced on Tuesday, January 25.

Nearly a year after the campus received notice of its planned closure, supervisors voted unanimously to continue to run the academy as an educational campus and to develop programs for other groups, including children at risk of being placed in foster care, unaccompanied minors and young people in juvenile settings. the judicial system.

“We’re going to do everything we legally can to make sure students are there and stay there and continue to receive services and that we welcome more children,” said board chair Nathan Fletcher. “But we also have the ability to expand into other foster care services.”

The goal, she said, is to “transform the campus into a versatile community like home.”

The 20-year-old academy, located in the rural San Pasqual Valley east of Escondido and near the San Diego Zoological Park, serves foster children ages 12 to 17 in a boarding school.

California law passed in 2015 ended the use of licensed group homes for adoptive children and directed social service agencies to place children with foster families instead. But the school received an exception and was allowed to operate under a pilot program. Then last February, the state ordered San Diego County child welfare officials to prepare to close the academy by October 2021.

Campus supporters and alumni have rallied to fight the order, arguing that the academy is not a traditional group home but a unique program that should have an exemption or “exception” to these rules. In July, the supervisory board voted to extend its operations until June 2022, to allow its 52 students from August to complete the school year. In the meantime, the county has begun exploring options to convert the site into new programs for foster youth and other vulnerable children.

In August, a group of nine residents, alumni and staff filed a lawsuit against San Diego County and the State of California, asking the court to order government agencies to continue licensing and funding school. On December 1, Superior Court Judge Ronald Dahlquist issued a preliminary injunction preventing the state from terminating the school’s license.

Dahlquist said the state and county misunderstood the law and that the state was responsible for developing new licensing criteria for the academy. The academy should submit a transition plan outlining how it would comply with the requirements of the new license. He noted that his decision did not bind the county to continue to operate the facility as a boarding school, but he did reserve the ability for supervisors to make that decision.

“I can’t tell you how happy and ecstatic I was when San Diego Superior Court issued the injunction against the state to shut down San Pasqual Academy,” said Supervisor Jim Desmond, who represents the fifth district of North County where the school is located. . “We have to move on and keep the hope alive with the old vision as well.”

The board has asked staff to solicit bids for on-campus hospitality and mental health services, with plans to award contracts for up to three years with five one-year renewal options. He also asked the county’s administrative director, Helen Robbins-Meyer, to develop a plan for using the site as a multi-purpose campus for host families.