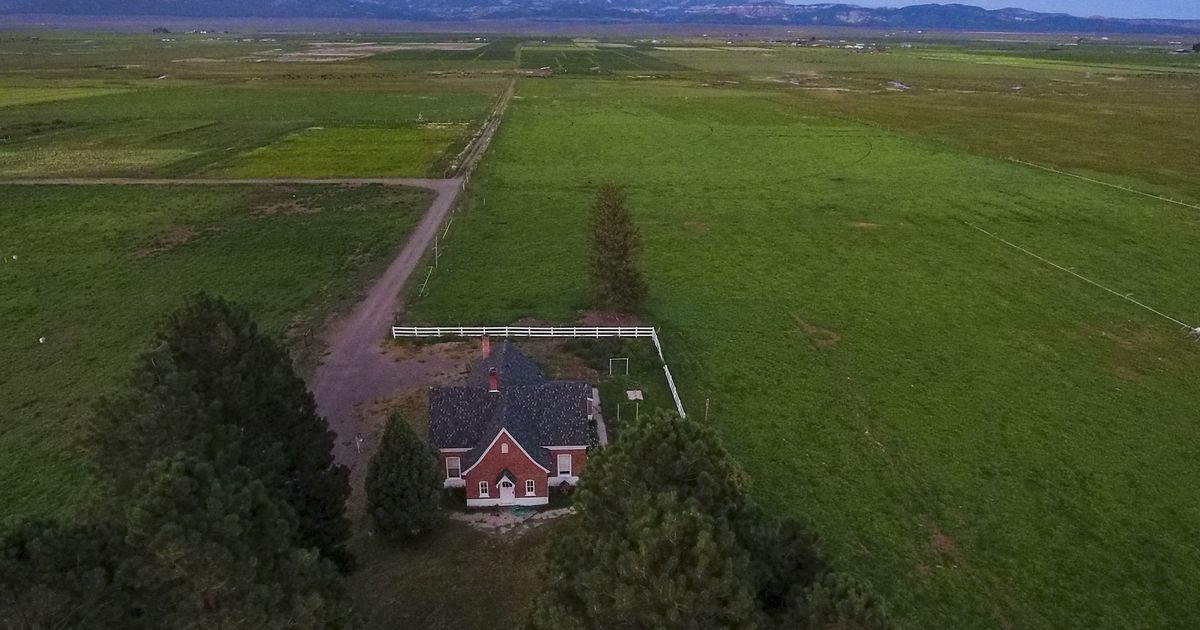 Panguitch â€¢ Utah’s Paiute Indian Tribe and its Five Sovereign Bands ask for space to mourn as its members come to terms with the likely deaths of several of their children at the Southern Utah Residential School they were forced to dating in the early 1900s.

On behalf of her people, tribal president Corrina Bow released a statement to the Salt Lake Tribune on Friday, saying it had been difficult to address recent discussions about what happened at Panguitch Residential School, which operated from 1904 to 1909.

In the tribe’s first statement since the story became public, she added that the citizens of Paiute would not comment further at this time “due to the sensitive nature of our cultural beliefs and practices.”

Bow said, â€œIt is premature to speculate on what will be discovered on the site, and we may only be scratching the surface of what may be revealed. We want to be respectful and honor our ancestors, their families, and properly tackle this heartbreaking and tragic injustice in our history. “

The Tribune first reported last month, after confirming with the tribe, that there could be at least 12 bodies in anonymous graves at the site of the old school. Utah State University plans to apply ground penetrating radar to the 150-acre site to determine the exact number.

Steven Lee, historic preservation officer for Panguitch, said people living in the city with parents who worked at the school also provide the same estimate for bodies on the old campus. Lee began researching the residential school and the historical trauma associated with it about a year ago, as part of a memorandum of understanding with the Paiute Indian Tribe of Utah and the Kaibab Band of Paiutes. in neighboring Arizona.

Checking the bodies will be a grim discovery in Utah, which operated about six Indian residential schools, including one of the largest in the country in Brigham City. The location in Panguitch was smaller, with around 30 kids attending each year, and much less is known about it.

Paiute leaders have indicated that they intend to give the children buried there an appropriate and culturally appropriate burial.

Last week, members of the Shivwits Band of Paiutes and the Kaibab Band of Paiutes went on a private tour of the residential school grounds with Lee, and this was the first time some of these two groups had visited the school. At the time, both groups referred The Tribune to Bow for further comment on the findings of the unmarked children.

The findings in Utah come after more than 800 bodies were found earlier this year at two former residential schools for Indigenous children in Canada.

The United States has since vowed to conduct its own “comprehensive review of the troubled legacy of federal boarding school policies,” which forcibly removed tens of thousands of Native American children from their communities for over 150 years and placed in classrooms designed to assimilate them. them and erase their culture.

Residential schools were operating across the country in the late 1800s and early 1900s. Former students in some schools have told their stories of having their heads shaved after being caught speaking their language kindergarten. There was also physical and sexual abuse.

In Panguitch, the students were mostly Paiutes, whom federal administrators frequently described as inferior and in need of “civilization.”

By the time the school opened, the Paiutes had been wiped out to just 2,000 people, up from tens of thousands, according to historical census records. In Panguitch, in particular, documents on the history of Garfield County show that white settlers often imprisoned Indigenous peoples. The treatment at school was not much different.

Lee and Tamra Borchardt-Slayton, president of the Indian Peaks Band of Paiute Indians, say students were forced to attend as families were threatened if they did not send their children. Lee said it sometimes happens at gunpoint.

In the school’s first annual report to Congress in 1904, during its first year of operation, Superintendent Laura B. Work admitted that a student had died.

She writes: â€œWe weathered the winter pretty well, with the loss of a child, saving only three others through long and tired breastfeeding and a big doctor’s bill.

Thanks to historical documents, it is possible to confirm four more deaths after that at the school, including two students: Alex Pagumpageta, who died at 14, and Theodore Pinkie, who was 16. They both died of illness, probably tuberculosis, in 1905 and 1906.

In 1909, with fewer attendance and children continuing to fall ill, the Panguitch school was closed.

Oral histories of the tribe have always indicated that deaths occurred there. Now Bow has said they are waiting for help from the USU to confirm this and help them get their children home.

On Friday, she noted, â€œWe ask for your understanding, respect and cooperation as we work to coordinate results and move forward with respect for our cultural and traditional beliefs and practices. “