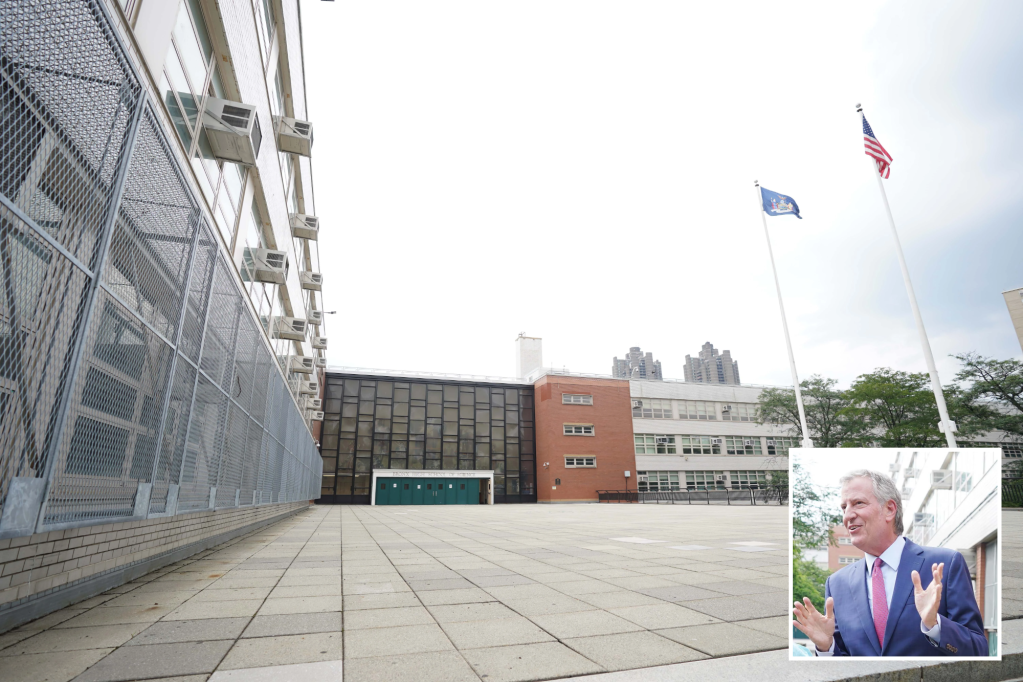 Mediocrity has been the hallmark of Mayor Bill de Blasio’s nearly eight-year tenure at City Hall and he is leaving that mark on the city’s public school system. With 85 days remaining in office, he announced he is phasing out the Gifted and Talented program from the city.

My brothers and I are products of the gifted and talented programs of the public school system (ridiculously called â€œintellectually gifted childrenâ€ at the time) and I have a science degree from the Bronx. An older cousin dated Stuyvesant in the 1970s, when he opened up to more participation from minority students. Her son is a graduate of both Bronx Science and Carnegie-Mellon. We all grew up in the South Bronx.

Accelerated learning programs with like-minded and capable classmates provided the academic stimulus, challenge and competition that made us better students.

So when it comes to these programs like ladders for kids who would otherwise be bored in regular classrooms, I’m a fierce advocate.

Since his entry into town hall, the mayor has waged a merciless war against excellence. From targeting elite public high schools for elimination to blocking the expansion of successful charter schools to cutting gifted and talented programs across town, he has been on the warpath.

He chose to burn the only attractive academic program keeping many families in the city’s public schools. Private, parochial, and charter schools – as well as programs like Prep for Prep and A Better Chance, which recruit the brightest minority children to attend elite private schools – will be the beneficiaries of his myopia.

My former Assembly colleague, Jeffrey Dinowitz, understood correctly when he told me that all children deserve to have their specific needs taken into account. â€œEliminating gifted and talented programs will mean that many children will be left behind. “

De Blasio dropped his explosive announcement without having serious discussions with stakeholder parent groups, elected officials or alumni of the city’s G&T programs. With this action, he created programs popular with immigrant families who see quality educational experiences as the key to future success.

Did G&T need reform? Yes. But he threw the baby out with the bathwater.
Testing 4-year-old toddlers into accelerated learning classes was always the wrong way to go. It was too easy for the wealthiest families to play and it led to demographic and residential distortions.

The replacement program titled Brilliant NYC (what’s new with de Blasio adding “NYC” to every wacky program) promises to provide accelerated learning for students ages 8 and up. Instead of being in separate classes, children will be offered advanced work tailored to their interests while being integrated.

Brilliant NYC doesn’t even claim to offer advanced education because that wouldn’t be egalitarian. The new approach promises to go beyond traditionally difficult subjects like math and science to include coding, robotics and community advocacy.

So if your little Jamaal isn’t reading, writing, or maths well, don’t worry, he’s good at being an activist. He just canceled his teacher for giving him a B.

Unfortunately, this 11th hour movement is not aimed at improving the quality of public education for those in underperforming community school districts. Like Thrive NYC, Brilliant NYC appears to be the exact opposite of what its noble moniker suggests.

Once again, the champion of mediocrity targets the fruits at hand and fails to solve an intractable systemic problem: poor performance in predominantly black and Hispanic public schools.

I think the real intention here is simple: Dumb everything down. Keep every child stuck in the mud. And with the dropping of academic metrics, like standardized testing, who will be the wiser.

The next administration will arrive on January 1 and will have to stem a mass exodus from a declining public school system that is sinking into greater mediocrity.

Black, Hispanic and Asian families like the one I grew up in deserve better. Rigorous and quality public education is the way to a better future for our children.

I pray that whoever follows in de Blasio’s wake will repair and replace our broken school system.

Atonement for sins against Indigenous peoples begins by facing the past. India’s Red Cloud School is leading the way.