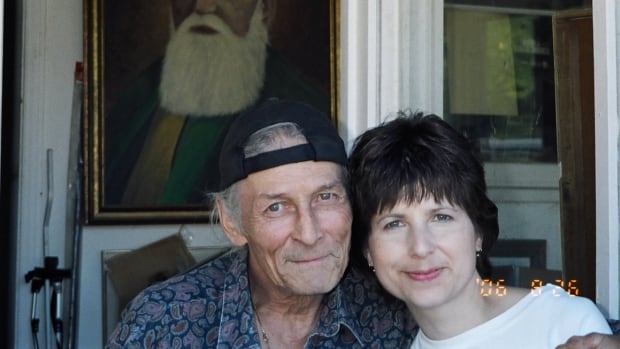 The artist is looking for a painting made for the centennial of the Northwest Territories in 1970, which has since disappeared

In the late 1960s, Andrew Jackson Steen — now approaching 80 — painted a broad and distinctive portrait of the government of the Northwest Territories of the day.

He said he loaned the four-by-six-foot painting to the territorial government for an event at Yellowknife City Hall in 1970, posed with it in front of the crowd, and never saw it again.

The event was part of the Northwest Territories Centennial Celebration, held to mark the 100th anniversary of the transfer by the Hudson’s Bay Company of a large part of Canada, including much of the provinces of North and Central, in the Dominion of Canada. It came three years after Canada’s centennial, which saw celebrations across the country.

Decades later, the question of what happened to the painting still haunts him.

“I was proud, that’s all. I had made my personal contribution to the centennial,” said Steen, who is Inuvialuit. “It’s really weird that nobody knows anything about it.”

Steen fears that someone has left with his work of art, without realizing its value to the territory, as happened with the papal flag used during the 1984 Pope’s visit to Fort Simpson, Northwest Territories

“It never occurred to me at the time that the flag would be returned to the community,” Chuck Tackaberry, a public servant at the time, told CBC last year.

In 2021, the flag was returned to the community by former civil servant Phil Bowes, who had recently dug it up from a chest in his basement where it had remained for 30 years.

Steen has struggled over the years to find the painting. He wrote letters to the territorial government and posted questions on Facebook, but to no avail. More recently, her daughter, Doris Butt, contacted the media.

“It’s very disheartening to put so much effort into working on a piece like this, just to make it disappear,” she said.

As his father grew older, his desire to find the missing painting deepened, Butt said.

“He would like this resolved before it is his time to leave.”

The only record Steen has of the painting — which he says took the better part of a year to complete — is a slide made before it was completed.

But even from there, it’s clear that this was not a conventional political portrait.

The base was a collage of newspaper clippings, flooded with blue.

Asked about the design of the painting, Steen said, with a chuckle, that “maybe it was my Catholic upbringing, to put a halo around every [face].”

This is how the saints were depicted in the pictures he saw at boarding school in Aklavik, where he learned to paint.

Steen doesn’t have any of his artwork from his school days either.

“The Catholic Church boarding school took all of our artwork with them when they closed the schools,” he said, “so I don’t know where the hell it ended.”

No registration at the museum

Sarah Carr-Locke, director of the Prince of Wales Northern Heritage Center in Yellowknife, said there was no trace of Steen’s painting in the museum’s collection.

“We have items that students made at boarding school, because the Gray Nuns or others gave them to us,” Carr-Locke said, but they don’t necessarily know which student made which piece.

The institution, she said, has an ethical code that prevents it from acquiring a work without the permission of the person who made it or donated it.

The museum was not yet established and the government of the Northwest Territories was in its infancy.

Centennial celebrations lasted an entire year in the Northwest Territories, which then included Nunavut.

The anniversary was “just huge”, recalled Eugene Hodgson, son of then Commissioner Hodgson.

There were sporting events and jamborees, a floating pool on the Mackenzie River, and visits by Prime Minister Pierre Elliott Trudeau and the Royal family.

Eugene, who was in high school at the time, did not recall seeing Steen’s painting in the midst of the festivities, but suggested the artwork might have ended up at a councilor in the Northwest Territories or in the National Archives of Canada.

Questions sent to Library and Archives Canada went unanswered prior to publication. A spokesperson for the National Gallery of Canada said the gallery has no works by Steen in its permanent collection.

Officials of the Legislative Assembly of the Northwest Territories are also wondering if the painting has arrived in Ottawa.

A spokesperson said they searched last week and found no trace of Steen’s painting.

“We’re all of the opinion that it wouldn’t be surprising if it were somewhere in Ottawa or in a private collection,” they said.

Searches by officials of the Government of the Northwest Territories in the late 1980s yielded no clues as to the whereabouts of the painting.

“Unfortunately I too have failed and exhausted all avenues,” Tony Whitford, then executive assistant to the NWT Commissioner, wrote to Steen in 1988.

“To further complicate the situation, most, if not all, of those present at the time left the Government of the Northwest Territories with whatever information they had.”

The letter offered to compensate Steen $1,000 – an offer which Steen said he rejected.

“I thought it was worth more than that,” he said.

Now living on Denman Island in British Columbia, Steen said he didn’t necessarily want the artwork back. He would appreciate a picture of it though, and to get paid.

“I was thinking about $40,000, because it’s not just a painting anymore, but it’s a historical document,” he said.

Steen said he would use the money to create a scholarship for aspiring artists who want to attend art school.

Dear mom, I know you’re so tired, so I got you a mother’s day gift from China: chicken blood