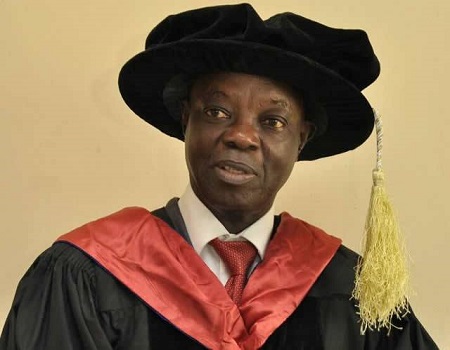 The Committee of Vice-Chancellors (CVC) of the Nigerian Federal Universities has confirmed the veracity of the assertion by the Minister of Labor and Employment, Chris Ngige, that the federal government had released a sum of 55.5 billion naira at 38 federal universities across the country. country over the weekend.

The money, according to a report credited to the minister, covers the revitalization fund of N30 billion and the N22.5 billion for earned academic allowances, which were among the contentious issues between the federal government and the staff union. academy of universities (ASUU), on which the latter threatened to go on strike if nothing happened.

ASUU, however, while also confirming the release of the money, said the amount was not only insignificant, but also that it was not the main issues the union is agitating for, such as are contained in their agreements with the federal government.

CVC chairman Professor Age Abdulkareem, also vice-chancellor of the University of Ilorin (UNILORIN), confirmed the release of the money to the Nigerian Tribune on Sunday.

He said he was very sure with UNILORIN that the university got its own share of the money while assuming other universities got theirs as well. Likewise, the Rector of the University of Lagos (UNILAG) Akoka also confirmed to our correspondent that UNILAG also obtained its own endowment.

“But I think it is the Federation’s general accountant who can really confirm whether all the federal universities have obtained theirs,” said Professor Abdulkareem.

He said that with the release of the money, it means that the federal government has taken a step, but that it will have to do more.

Professor Abdulkareem, however, said VC’s prayer and demand has always been that universities remain open and peaceful while negotiations to resolve issues between the government and the workers’ unions could go on at the same time.

Contacted to confirm the release of the money as an important party in the case, ASUU President Professor Emmanuel Osodeke did not answer several phone calls or respond to the text message sent to him until ‘at 5:50 p.m., the time for tabling this report.

But a senior union official also confirmed the handing over of the money to Nigerian Tribune on condition of anonymity because the person is not authorized to speak to reporters.

The officer said that apart from the fact that the federal government should have released 200 billion naira as a revitalization fund and not 30 billion naira, it was also supposed to have made clear when and how the remaining 170 billion naira. would be unlocked.

“Likewise, the problems of UTAS and that of signing the renegotiation of agreements and many others are also there without mentioning them and that is why the 55.5 billion naira that would be released are not so important. for us as ASUU, ”the source pointed out.

YOU MUST NOT MISS THESE NIGERIAN TRIBUNE TITLES

We haven’t had a water supply for months – Abeokuta residents

Despite the huge investment by the government and international organizations in the water sector, water scarcity has become a permanent nightmare for the residents of Abeokuta, the capital of Ogun State. This report x-rays the lives and experiences of residents getting clean, safe, and affordable water amid the upsurge in COVID-19 cases in the state.