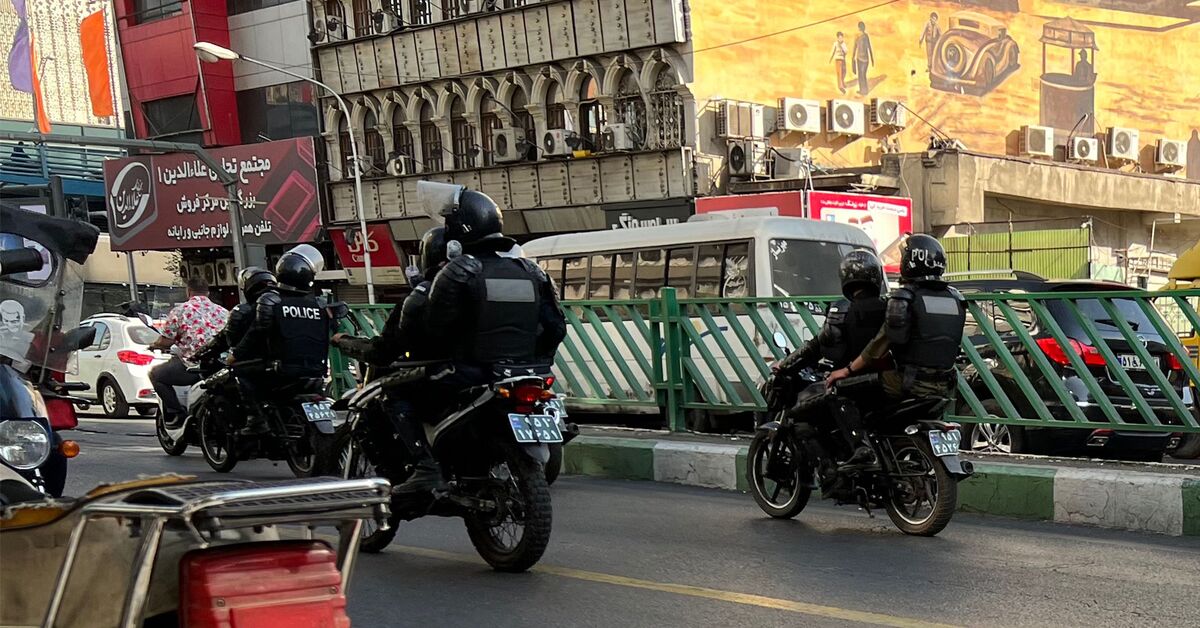 Sounds of heavy gunfire, explosions and incessant gunfire echoed through the western Iranian city of Sanandaj on Tuesday, witnesses confirmed to Al-Monitor. Security forces have been massively deployed there to crush dissent in the Kurdish town.

Riot police backed by the Islamic Revolutionary Guard Corps’ Basij militia have maintained a large presence in Sanandaj since protests were sparked by the death of Mahsa Amini in police custody last month. As the rallies escalated into nationwide anti-government protests, Sanandaj saw some of the worst violence, particularly on Saturday when government forces killed at least four protesters in the streets, according to a tally by the rights organization. Hengaw opposition rights.

Videos shared on social media showed security forces waging battles against young protesters in narrow alleys of Sanandaj. It’s not immediately clear how many protesters were killed in the latest wave of violence, but activists confirmed that a seven-year-old child was shot dead.

Other images showed gunshots in residential areas. Witnesses shared videos showing the impact points of what were believed to be 50 caliber armour-piercing bullets as well as gas canisters on walls inside private properties.

In a statement on Twitter, Amnesty International said he was “alarmed” by the situation in Sanandaj “amid reports that security forces have used firearms and fired tear gas indiscriminately, including into people’s homes”.

Iranian authorities have claimed that government forces do not use lethal weapons and only roam the streets “empty-handed as part of a mission to disperse protesters”, according to the Iran-funded newspaper. State.

Iran Human Rights, a Norway-based advocacy group, has documented the deaths of 185 people, including 19 underage protesters, during more than three weeks of unrest across the country.

As Sanandaj faced intense military repression, calls grew among Iranians to renew their protests as a tactic to disrupt the concentration of armed forces on the Kurdish city. Due to government-mandated internet blackouts, many have resorted to old-school tactics such as distributing handwritten statements and paint graffiti in public spaces to spread the call for further protests.

A large group of Iranian oil industry contractors joined nationwide protests and went on strike for a second day on Tuesday. The industrial action took place at petrochemical companies in the energy-rich southern regions of Asaluyeh, Kangan and Abadan. A major workers’ union reported that at least 11 strikers have already been arrested by security forces.

Meanwhile, in response to the brutal crackdown, debates have intensified on social media over vigilantes, with young Iranians sharing techniques for making Molotov cocktails to target riot police during protests. Several videos showed young Iranians setting fire to the walls and banners of what appeared to be the office of a hardline cleric and a Basij militia center.

Students, who have been at the forefront of the protests, gathered on campuses again on Tuesday to keep up the pressure on the government, which has blamed the unrest on foreign enemies.

Activists also reported raids by security forces in several high schools across the country, where schoolgirls wave their headscarves in defiance of the Islamic Republic’s strict hijab rules and chant against Supreme Leader Ayatollah Ali Khamenei. In some cases, tear gas was reportedly fired into schoolyards and teenage girls were detained.

Elsewhere, video showed a cleric being heckled at an all-girls school as he admonished pupils. “Down with the Islamic Republic“, chanted the students, waving their headscarves.