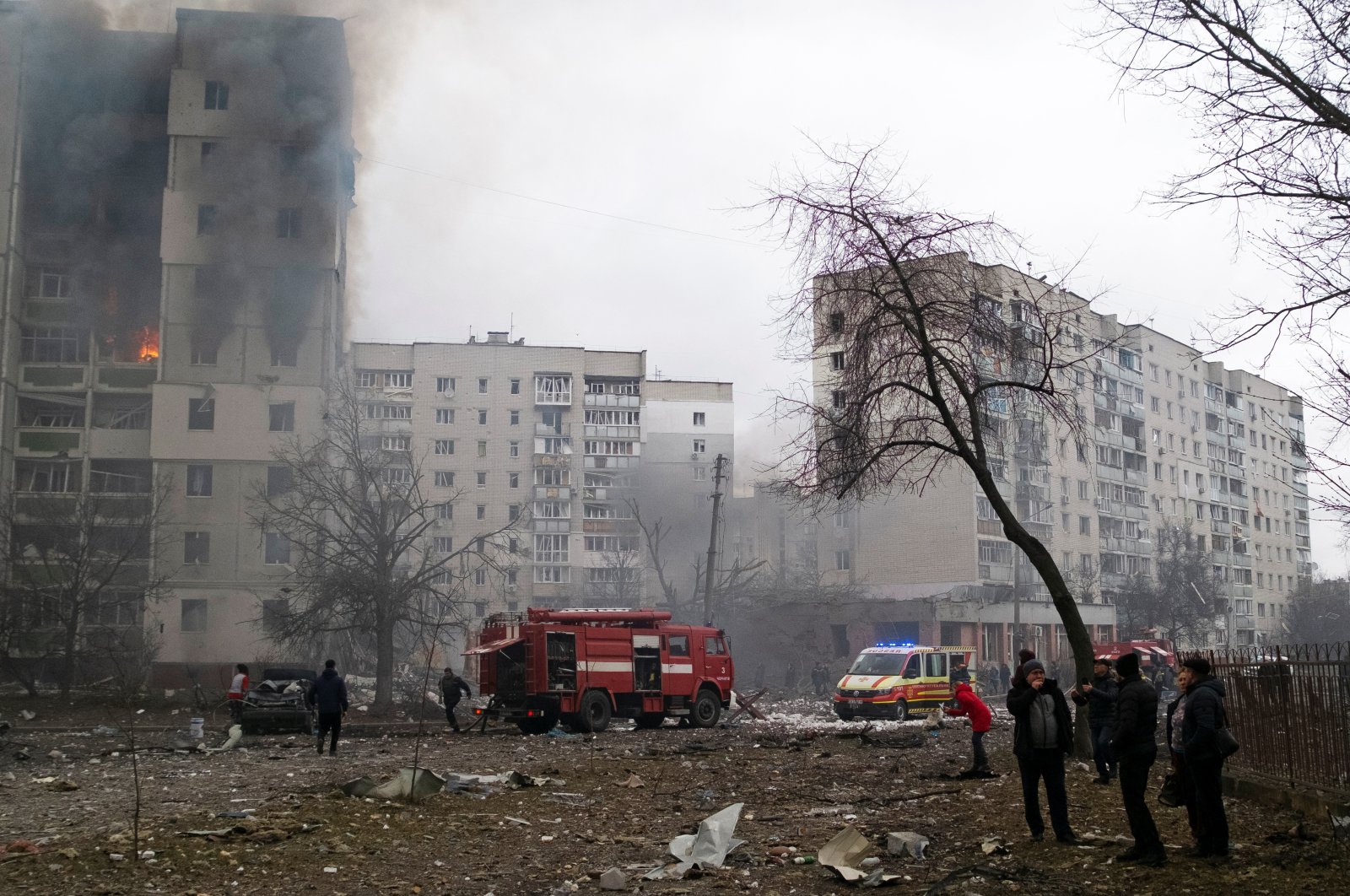 About 47 people were killed in Russian airstrikes on Thursday in a residential area of ​​the Ukrainian city of Chernihiv, regional authorities said on Friday, updating an earlier death toll of 33.

“Russian troops launched a missile at a multi-storey residential area in the city center,” Chernihiv regional administration head Viacheslav Chaus said on his Telegram channel. “Many apartment buildings were damaged, windows were broken, walls, roofs, balconies were damaged, walls and ceilings were destroyed in some places.”

Rescue work had to be suspended on Thursday due to heavy shelling, according to local rescue services.

The regional state administration noted that there were no nearby military installations, only hospitals, several schools and kindergartens, and dozens of high-rise buildings.

“There are NO military installations nearby,” Chaus wrote, referring to Russia’s claims that its military only launches attacks on Ukraine’s military infrastructure. Russian planes also attacked two schools in Chernihiv and private homes.

In addition, as a result of the Russian shelling of Chernihiv, one of the shells hit an oil depot on the territory of the state-owned Astra plant, the Ukrainian State Emergency Service reported.

In Kharkiv, more than 40 residential buildings caught fire as a result of the Russian bombardment, according to the Fokus news site.

Keep up to date with what is happening in Turkey, in its region and in the world.