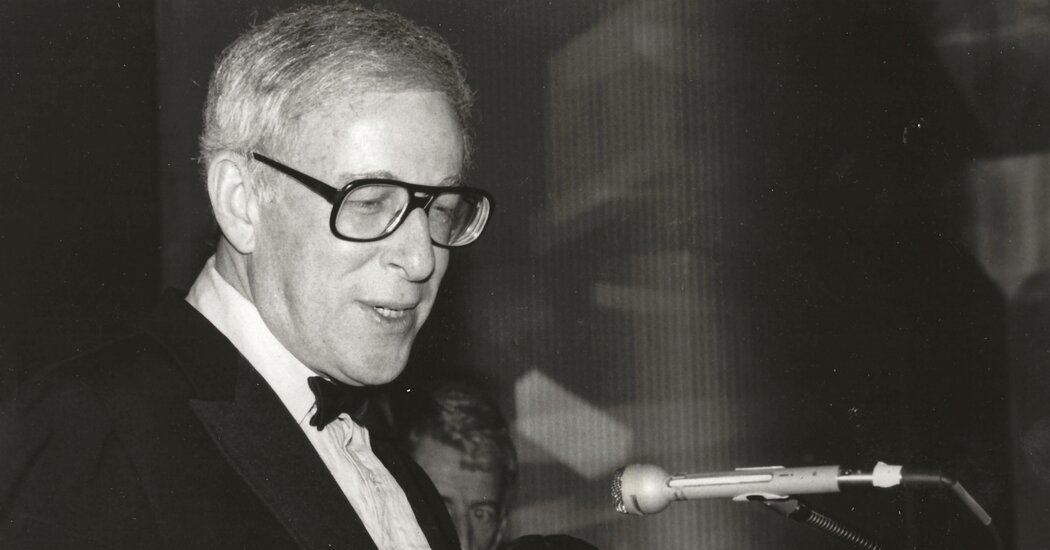 Richard Hammer, who illuminated the My Lai massacre, dies at 93

Richard Hammer, an award-winning author who in more than a dozen books has explored crimes ranging from the My Lai massacre during the Vietnam War to a securities fraud case involving the Vatican Bank, died on 17 October in a Bronx hospice. He was 93 years old.

The cause was heart failure, her son Joshua said.

Mr. Hammer’s account of the My Lai massacre in 1968, “One Morning in the War: The Tragedy of Son My” (1970), has been frequently reviewed alongside another by Seymour M. Hersh, who had shattered story – “My Lai 4: A Report on the Massacre and Its Aftermath. (The village of Son My included the hamlet of My Lai.)

â€œHe took the time,â€ he added, â€œto explain the gradual depersonalization of Vietnamese in the eyes of American soldiers – to make us understand how even women and children are starting to seem hated and dangerous.

Mr Hammer followed that book with another massacre-centric, “The Court Martial of Lieutenant Calley,” which John Leonard of the Times ranked among “a handful of public affairs books published in 1971 that people will read a generation. as of now William Styron, writing in The Times Book Review, called it “an honest and insightful account of a critically important military trial.”

Calley’s book review for Life magazine, Tom Mayer wrote that Mr Hammer had “a strong case for the contention that so far as factual truth is knowable the trial has revealed it, so far as justice is possible in this complicated and imperfect world, Calley received â€.

A former reporter and editor of The Times, he won two Edgar Allan Poe Awards from the Mystery Writers of America for the book “Best Factual Crime.”

One was for “The Vatican Connection: The Astonishing Account of a Billion Dollar Counterfeit Stock Deal Between the Mafia and the Church” (1982), which focused on a New York City detective who solved the case, which involved fraud and money laundering.

The other, “The CBS Murders: A True Account of Greed and Violence in New York’s Diamond District” (1987), reconstructs the investigation into the 1982 murder of three eyewitnesses, all CBS employees in Manhattan, to the shooting. of a 37 -an elderly accountant who had agreed to testify against her former boss, a diamond dealer accused of fraud.

Among his other books were “The Helmsleys: The Rise and Fall of Harry and Leona Helmsley” (1990), about the real estate and hotel moguls of New York.

Richard George Hammer was born March 22, 1928 in Hartford, Connecticut. Her father, Morris, was a journalist and publicist. His mother, Mildred (Chaimson) Hammer, was a housewife.

After graduating from what is now Northfield Mount Hermon Residential School in Massachusetts, he received a BA in History from Syracuse University in 1950 and an MA in English Literature from Trinity College, Hartford in 1952.

He graduated from Columbia University for a doctorate and was editor of Barron’s Weekly and Fortune before joining The Times in 1963. After working for a decade in the Week in Review and Sunday, Mr. Hammer left The Times in 1972 to collaborate with Martin Gosch on a biography of gangster Charles (Lucky) Luciano.

Mr Gosch claimed to have notes from around 30 interviews he had conducted with Mr Luciano, who was jailed for organizing a prostitution racket but whose sentence was commuted after World War II in return. providing the US government with naval intelligence on activities in New York Harbor. (The government was partly concerned about enemy sympathizers working on the docks there.) Mr. Luciano was deported to Italy.

The resulting book by Mr. Hammer and Mr. Gosch, “The Last Testament of Lucky Luciano” (1975), was generally hailed as a compelling organized crime saga, but greeted with skepticism as a biography by many critics because it included alleged first-hand testimony from Mr. Luciano. events that occurred during his imprisonment or after his death in 1962.

Victor S. Navasky concluded in The Times Book Review that Mr. Hammer was the victim of “a possibly paranoid contributor and the pressures and practices (not unusual, but not uncommon) of publishing.” He added: “I believe that, whatever Gosch’s deceptions, Hammer was not a part of it.”

Mr Hammer, who died in hospice care at Calvary Hospital, lived on the Upper East Side of Manhattan.

His first marriage, to Nina Carol Ullman, ended in divorce. Besides his son from this marriage, Joshua, journalist and author, he is survived by his wife, Arlene (Nadel) Hammer, whom he married in 1970; another son from her first marriage, Anthony; one daughter, Emily Hammer, from her second marriage; and 13 grandchildren.