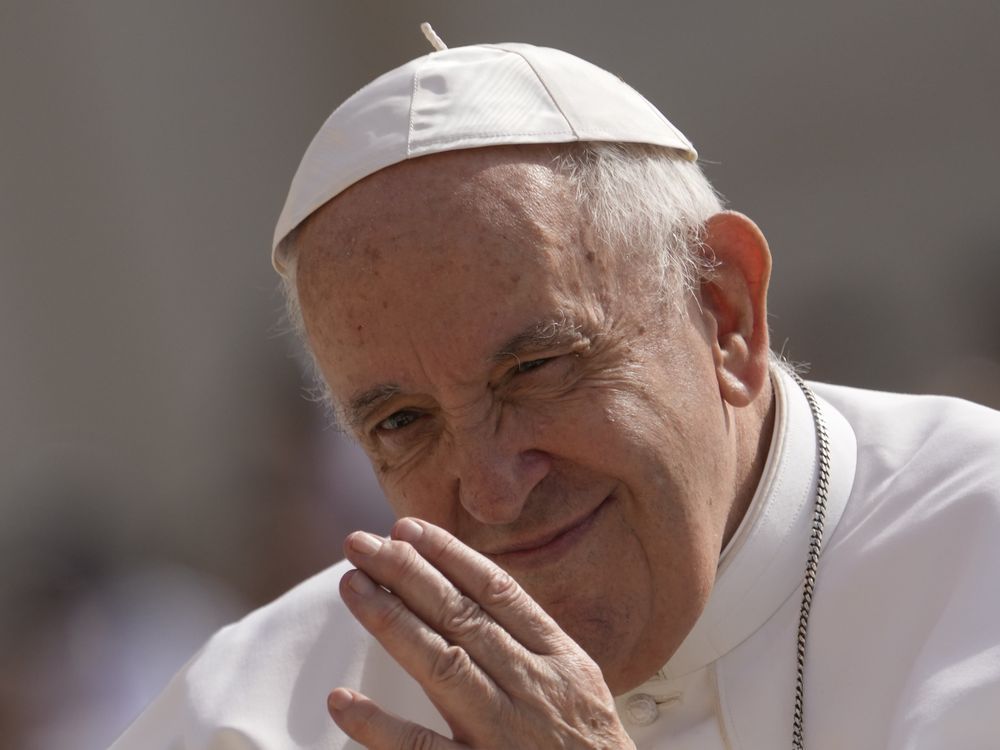 The Vatican has released the program for the Pope’s visit to Canada next month, which includes visiting the site of a former Alberta boarding school with survivors of the institutions.

The papal visit is scheduled to begin in Edmonton on July 24 and end in Iqaluit on July 29. It will include public and private events emphasizing Aboriginal participation.

“We pray that this pilgrimage will be another meaningful step in the long journey of healing, reconciliation and hope,” said Archbishop Richard Smith of Edmonton, general coordinator of the papal visit to Canada.

Pope Francis is expected to apologize for the role of the Roman Catholic Church in residential schools during his trip to Canada.

On April 1, after several days of meetings with First Nations, Inuit and Métis groups at the Vatican, the Pope apologized for the deplorable conduct of Church members involved in residential schools.

Pope Francis is due to arrive in Edmonton on July 24 for a brief airport ceremony. The next day, he is expected to join the survivors of the Ermineskin Indian Residential School in the community of Maskwacis south of the city.

Ermineskin was one of the greatest institutions in Canada. Smith said he “will have a representative role for all boarding schools.” He anticipates that the apology will be made to the survivors of the school.

Later in the day, Francis is scheduled to visit the Church of the Sacred Heart of First Peoples, an aboriginal church in downtown Edmonton. The church was recently restored after a major fire in 2020.

The next day, Francis is scheduled to attend a mass at Commonwealth Stadium, home of the CFL’s Edmonton Elks football team. It is to be open to the public and the facility can hold around 65,000 people.

The pontiff must go to Lac Ste. Anne this evening where a great pilgrimage takes place every year.

The Canadian Conference of Catholic Bishops said that due to the advanced age and limitations of the 85-year-old Pope, Francis will attend public events for about an hour.

The pope is then due to travel to Quebec City on July 27, where he is to meet Prime Minister Justin Trudeau and Governor General Mary Simon. He is to have private meetings at The Citadel and deliver a public speech later.

The Canadian bishops said the public is also invited to a dedicated area during the Quebec leg of the trip to watch papal events on large screens and participate in Indigenous cultural events.

Pope Francis is due to meet with indigenous leaders in eastern Canada on July 29 before flying to Iqaluit. There, Francis will have a private meeting with residential school survivors before attending a public community event.

The pope’s priority during the visit is the relationship with indigenous peoples, Smith said, adding that the pontiff has heard the cry for reconciliation and the yearning for hope.

“It’s a leg of the journey,” Smith said. “But it’s a huge step that has huge associated positive possibilities to move this relationship in the right direction.”

Public events will be free, but the Canadian bishops said tickets will be needed and will be available in the coming days.

The release of the program comes amid fears the pontiff’s health could delay his trip to Canada. Earlier this month, a planned trip to Congo and South Sudan was canceled “so as not to jeopardize the results of the therapy he is undergoing for his knee”, the Vatican said.

Francis uses a wheelchair and has difficulty walking and standing.

Smith said the Vatican’s release of the program should provide assurance that Pope Francis will come to Canada.

Bishop Raymond Poisson, president of the Canadian Conference of Catholic Bishops, said they were working with all levels of government and Indigenous partners to address the logistical challenges of the trip and the pope’s health needs.

“We pray for the health of Pope Francis and also that his pastoral visit to Canada will bring reconciliation and hope to all who will accompany our shepherd on this historic journey,” Poisson said in a statement.

The Indian Residential Schools Resolution Health Support Program has a hotline to help survivors of residential schools and their loved ones suffering from trauma invoked by the memory of past abuse. The number is 1-866-925-4419.

This report from The Canadian Press was first published on June 23, 2022.

Sign up to receive daily news from the Edmonton Journal, a division of Postmedia Network Inc.

Thank you for your registration!

A welcome email is on its way. If you don’t see it, please check your spam folder.

The next issue of Edmonton Journal Headline News will soon be in your inbox.

We encountered a problem during your registration. Try Again