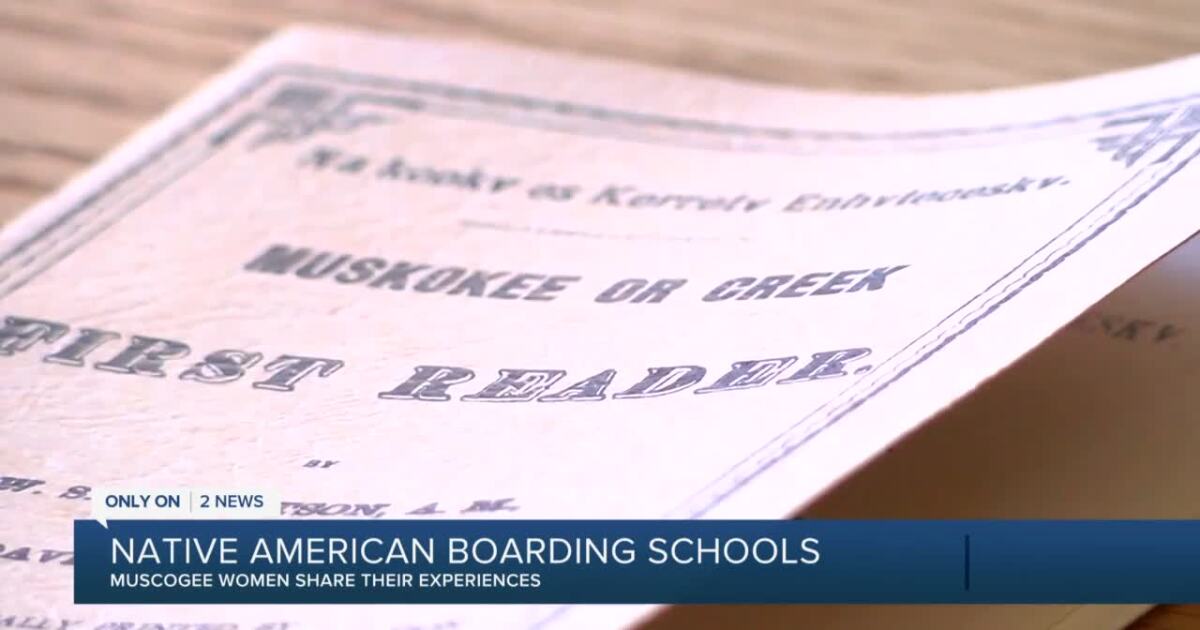 TULSA, Okla. – The US Secretary of the Interior announced this week that the government will investigate past surveillance of Native American boarding schools.

Between the late 19th and early 20th centuries, hundreds of Native American children from various tribes were forced to leave their homes and enter residential schools.

Some of those residential schools were out of state, many here in Oklahoma. Today, many of those children still live in Oklahoma as elders of their tribal communities.

â€œToday I went to school and learned to speak English because I grew up in civilized America, but my people were forced to speak the muscogee language and the government wanted to take that away from them. and, in essence, participate in who they are and get rid of them, â€said Anne Townsend Edwards, tribal member of the Muscogee community.

Townsend’s mother, Elizabeth West, was around six when she was sent to Eufaula Residential School in the late 1940s.

â€œShe said an ever-present attitude of the matrons that they were there to take the Indian out of them and assimilate them into a society of white men,â€ Townsend said.

Many school administrators have operated on the idea of â€‹â€‹assimilating students into American values â€‹â€‹and culture and stripping them of their original identity. This process has taken different forms.

“They cut our hair very short, if anyone had long hair it was cut,” said Melissa Harjo-Moffer, a former student at one of these boarding schools.

Harjo-Moffer was only six when she was taken from her family and forced to attend Seneca Indian School in Wyandotte, Oklahoma.

“When someone was caught speaking the language, he was badly beaten … I’m lucky not to be caught and my sister wasn’t, but they were there to teach us the language. language … forcing us to learn, “said Harjo-Moffer.” I remember a time when one of my … we were on the line again and someone said something in their language, I don’t know if it was Choctaw, but the girl was slapped in the face by the matron. “

Today, all that Harjo-Moffer left behind are memories, but for others, the trauma of those residential schools changed them forever. Such was the case with Townsend’s mother.

“She didn’t teach us our language for fear of what might happen to us if we spoke the language .. so as a descendant of a residential school violence survivor, it’s hard to know what my mom has. lived, â€Townsend said. mentionned.

Townsend knows she can’t change her mother’s experiences, but she is determined to own and share her mother’s story to change the future of her people.

Keep in touch with us anytime, anywhere –