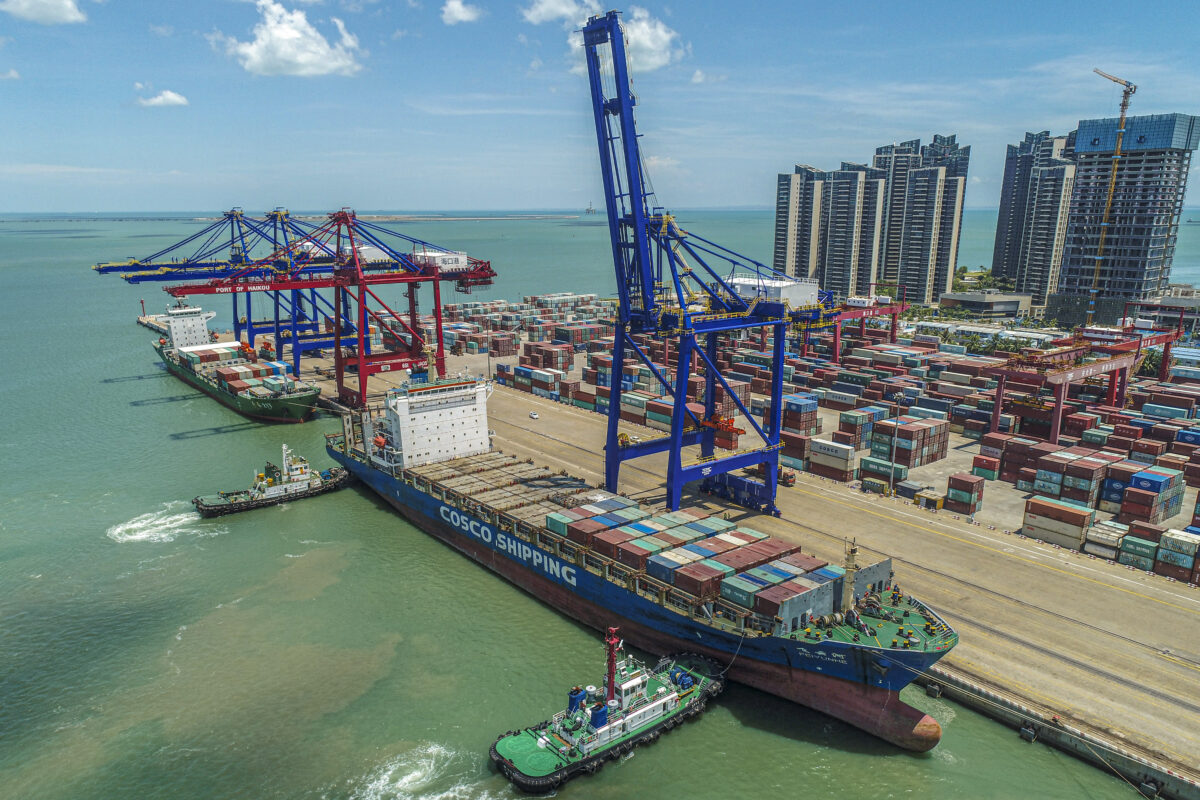 China has placed several cities across the country and tens of millions of residents under new lockdowns, including the world’s largest wholesale hub and port cities. Many travelers are now stranded and struggling to feed themselves, production orders have been canceled and businesses are closing under the Chinese regime’s strict “zero-COVID” measures.

According to Chinese media, since early August, a new wave of COVID-19 has hit 25 provinces out of a total of 31 in China, spreading from the southernmost province of Hainan to western parts of Xinjiang province and Tibet.

Yiwu city in eastern China’s Zhejiang province, which is the world’s largest wholesale hub, has been under partial lockdown since early August, when new cases caused by the more infectious variant of Omicron have been reported. On August 11, authorities placed the city in a full three-day lockdown, using more than 500 reported cases as justification for the measure.

Since the start of the pandemic, the Chinese regime has concealed the true scale of its outbreaks and has long been suspected of underreporting the number of cases in the country. However, the regime is using the reported outbreak to implement strict control measures, such as citywide lockdowns and mandatory PCR testing.

Under the total lockdown in Yiwu, public places are closed, trains are suspended, and residents are not allowed to leave their homes. Businesses were forced to cease operations. Many small and medium enterprises have complained of heavy losses. Jiangbei Xiazhu “live sales center” stopped shipping goods in early August, and hundreds of foreign businessmen could not go to Yiwu market to buy goods. As the “Small Commodity Capital of the World”, Yiwu’s products are exported to more than 210 countries and regions.

A new outbreak of COVID-19 has been reported in Zhuhai City, Guangdong Province, southern China, which is an electronics production hub in the Pearl River Delta economic zone. major in China.

Since May, when China locked down many regions and cities, including the financial center of Shanghai, to “dynamically eliminate COVID-19”, a large number of orders from foreign countries have been canceled, leading to many private companies in the Pearl River Delta to announce that they would. shut down their businesses before the end of August, as they could no longer afford to continue, while many factories put their workers on unpaid “holidays” ranging from a few days to several months.

After putting Sanya, a port city at the southern tip of Hainan Island known as the “Hawaii of China”, under citywide lockdown on August 4, leaving more than 80,000 tourists stranded , authorities locked down the provincial capital Haikou on August 8. Haikou is an important industrial port for the South China Sea. Public transport has been closed, all residents are required to take PCR tests and are not allowed to leave their residential compounds, and all inbound and outbound flights have been cancelled.

On Aug. 13, epidemic prevention and control officials from Hainan Province told a press conference that as of Aug. 12, there were 1,426 new confirmed cases in the island province. From August 1 to 12, a total of 6,399 confirmed cases were reported.

So far, six cities in Hainan have been closed.

A Haikou resident surnamed Liang told The Epoch Times that she and her family traveled to Sanya for a visit, but have been locked in rental housing since August 2, while all stores are closed. “They suddenly locked it down without notice,” she said.

Liang said authorities distributed relief materials once, but not to stranded tourists. She said that under the lockdown she couldn’t buy food and had no way to ask for help. “We called [the] 12345 [helpline] for help, but no one cared. We called the community office, but they couldn’t do anything.

New outbreaks have also been reported in other provinces across the country, and more cities and districts are under “static control,” a term the Chinese regime has created for a lockdown.

Lockdowns in Tibet and Xinjiang

Zhao Yi (a pseudonym), a businessman who returned to Ngari from Lhasa, was stranded in Shigatse with a group of four people on August 7. They stayed at a local friend’s business with eight people who work for the company.

Zhao told The Epoch Times on August 11, “We are almost out of rice now, which is the only food we have. With so many people eating it, only half a bag of rice is left, and it will be gone in two days. Zhao said the group had no way to get more food during the lockdown.

Wu Juan (a pseudonym) was driving around Tibet with a friend and got stranded in Shigatse on the way from Lhasa to Ngari. She told The Epoch Times they wanted to leave, but had to show the results of a PCR test, which must be done three times on three consecutive days. However, the local authorities are not carrying out any tests, so they cannot leave.

According to authorities in Xinjiang, which is a predominantly Muslim Uyghur region, the new outbreak in the capital Urumqi was caused by the Omicron variant. The local government closed six districts on August 10 for five days. All public transport has been suspended.

Alex Wu is an American writer for The Epoch Times who focuses on Chinese society, Chinese culture, human rights, and international relations.