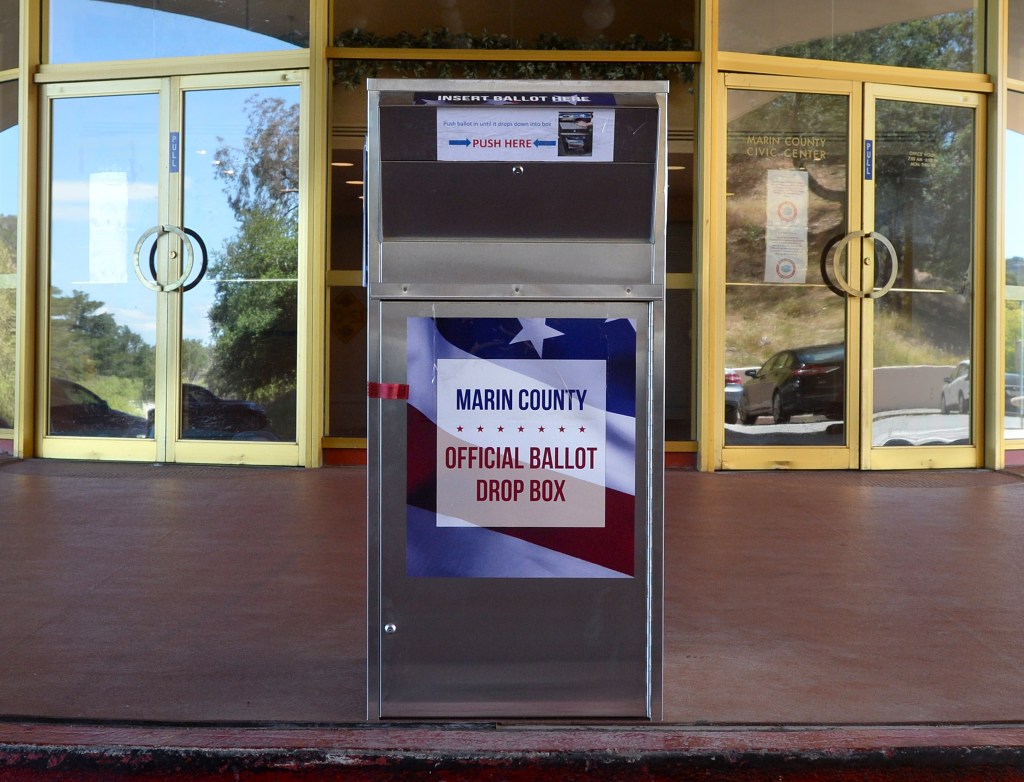 Two candidates linked to a local group opposed to government mandates during the COVID-19 pandemic are vying in the Nov. 8 election for seats on the Marin County school board.

Philip Wyatt, a mental health worker, and Lori Dali, mother of three teenagers enrolled in Marin public schools, were both identified as Marin Freedom Rising allies in an online newsletter published by the group.

Wyatt is competing with incumbent Curtis Robinson, a Mill Valley doctor who has served on the board for 17 years, for a four-year seat representing southern Marin. Dali is competing with Li DelPan, a single mother who is vice president of Bank of Marin and holds a master’s degree in business administration, for a two-year seat on the board representing the Novato region.

Marin Freedom Rising describes itself on its website as “a freedom community in Marin County” with an interest in “medical freedom, informed consent, free speech, body sovereignty, the constitution, etc. ..”

Both Wyatt and Dali declined to be interviewed by the Independent Journal’s editorial board, and neither responded to requests for comment on this story.

When contacted by the newspaper in August for an article about the Marin Freedom Rising candidates running, Wyatt declined to be interviewed, saying he didn’t want to be identified as “anti-vax.” Wyatt said he would prefer to be described as “pro-choice, pro-body sovereignty and pro-informed consent.”

In his voting statement, Wyatt says he’s dedicated much of his adult life to “tutoring children and serving those with mental issues,” but says no more.

According to his LinkedIn site, Wyatt works for Elpida Programs, a nonprofit residential program for adults with chronic mental illnesses that operates four homes in Marin County. Elpida’s website lists Wyatt as a case manager and provides background information.

The site says Wyatt has worked in the mental health field for nearly 20 years, beginning his career working night shifts on a suicide hotline in Northampton, Massachusetts. It also says Wyatt worked for Buckelew programs in San Rafael for almost 10 years before joining Elpida programs in 2013.

“Obviously, our schools are not meeting the needs of students or our families,” he writes. “New ideas are needed to help revive our schools and help restore their credibility.”

In his email declining an invitation to be interviewed by the newspaper’s editorial board, Wyatt said that, if elected, his goals would include adding more music, art, theater and sports. in schools; creating support groups for students struggling with mental health issues; teaching conflict resolution techniques to children aged 12 and over; encourage students to create their own groups based on their interests; increase the involvement of parents and guardians and strengthen control of school budgets.

In her ballot, Dali says she is the mother of three teenagers in Marin Public Schools and says her goal “is to help provide a happy, healthy, free-thinking, fact-based environment for our young people and a welcoming place for parent involvement, especially in the 3 years since the pandemic disruptions.

According to his LinkedIn site, Dali holds a bachelor’s degree in food, nutrition, and wellness studies from Immaculata University in Pennsylvania. She spent four years working as a dietician at Massachusetts General Hospital before working for Merck as a sales representative and market analyst from 1998 to 2003. Since 2015, Dali has worked as an account manager for Last Man Media, a San Francisco videography.

In his ballot, Dali wrote, “With a vast background in health care, I don’t think schools should be in medicine.”

At a meeting of Marin County supervisors in May, Dali was among a large group of public commentators opposing the administration of COVID-19 vaccines to children.

“For medical reasons, because my children are fragile, I cannot and do not want to vaccinate them,” Dali said at the time.

During his interview with the editorial board, Dali’s opponent, Curtis Robinson, said: “I am concerned about my opponent. We’re starting to see a lot of anti-vaxxers, Trumpsters — I don’t know where these people are from — starting to get involved in local school district races. I think it’s dangerous.”

“School boards, by their nature, are not political organizations,” Robinson said. “People who want to carry their own personal agendas in the school board should stay out of it. This is not the place for that. »

Robinson, however, said he would not support requiring children to be vaccinated against COVID-19 before starting school at this time.

“I think making COVID-19 vaccinations mandatory before kindergarten is going to fly,” Robinson said. “I’m not going to support it, but I’m going to make sure it’s available and parents have a choice.”

Robinson added that if transmission rates increase significantly, “we may have to revisit that.”

Robinson said he played a significant role in reopening the Dr. Martin Luther King Jr. Academy in Sausalito early in the pandemic. Robinson said his idea of ​​allowing teachers who didn’t want to return to the classroom to teach via the internet helped remove one of the biggest barriers to reopening Marin schools.

DelPan said she would support a COVID-19 vaccination requirement for school children. DelPan said that could mean unvaccinated children would not be allowed to attend public schools in Marin.

“People need to understand that certain actions would have certain consequences,” DelPan said. “It doesn’t take away the parents’ right to say no. They still have a way to educate their children.

DelPan noted that Wyatt’s website claims that “many parents are now choosing to homeschool their children or move them out of California entirely.”

She said some parents have decided to homeschool their children or switch to the private school system, “which is seen as a bit more lax in terms of vaccination rules.” But she said it wasn’t the Marin County School Board’s fault.

DelPan said that although her knowledge of the education system is limited, “I’m the type of person who will dive in and learn as much as possible and be a good contributor.”

As passengers return, Metro Transit is cracking down on crime on light rail and at stops