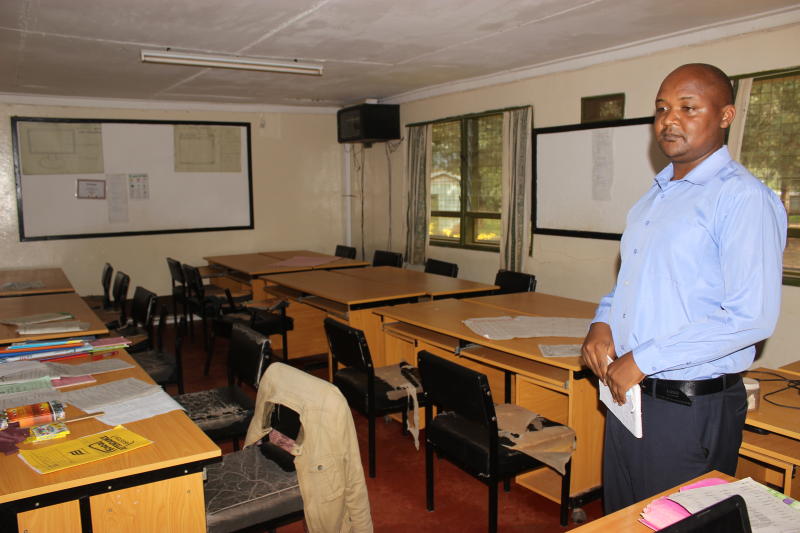 When the government introduced the digital literacy program in primary schools in 2016, the Fluorspar Primary School in Elgeyo Marakwet County was among the pilot institutions.

However, just five years later, the once esteemed institution is a shell of itself.

School equipment is dilapidated, the ceiling panels in most classrooms are collapsing, and the computer lab has been closed indefinitely due to lack of internet connectivity.

According to Amos Orina, the principal of the school, the problems started when the Kenya Fluorspar Company, located just two kilometers away, ceased operations in April 2016 and then withdrew its sponsorship for the school.

At its peak, the mining company injected millions of shillings into the development of the primary day school and boarding school, which was one of its successful corporate social responsibility projects.

Even after ceasing mining activities in 2016, the company continued to support the school for the next two years.

However, in 2018 he officially withdrew his sponsorship and the school was transferred to the Ministry of Petroleum and Mines as a private institution.

Orina said the school’s population has grown from 270 students in 2019 to 215 this year, following the financial difficulties she is facing.

â€œBut the saddest thing is that not all of our teachers and support staff have received a salary since 2019 due to the confusion,â€ he said.

â€œOur ICT systems are down and digital learning has collapsed due to lack of maintenance. We have no money for maintenance.

According to the school administration, the digital equipment has not been used since 2019 because the school has not paid the electricity bills. Deputy principal Lydia Kipyego said teachers were struggling.

â€œThings are bad. We have a huge electricity bill and teachers depend on parents for everything, including food. We hope that a solution will be found soon, â€she said.

The president of the school’s parents’ association, Hosea Toroitich, said the school was abandoned following a delay in changing its registration status from a private school under the Ministry of Mines at a public educational institution under the authority of the Ministry of Education.

â€œThe school was abandoned. We ask the Ministry of Mines to come back and save our institution from collapse, â€Toroitch said.

â€œWe have 35 workers, including teachers, who were handed over to the Ministry of Mines during the transition. They are now demoralized because they depend on the parents’ meager monthly tokens, â€he said.

Elgeyo Marakwet County Education Director Kituyi Masibo said the process of converting the school to a public institution has started, but is not yet complete.

â€œFluorspar Primary School is a private institution and there is not much we can do at this point. I sent a team to assess the situation and make a report, â€Masibo said.