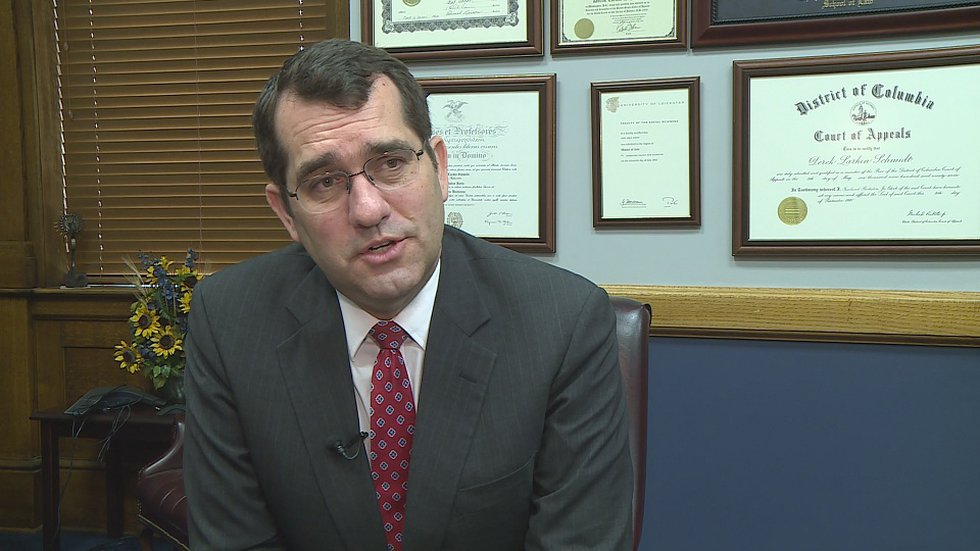 Schmidt said that “at least some” public universities violate the new law, but specifically mentioned the University of Kansas and the State of Kansas. He said the institutions must “immediately cease and desist” from their demands. Schmidt’s spokesperson said on Tuesday that the letter had not been sent to any other institution.

University of Kansas spokeswoman Erinn Barcomb-Peterson said on Tuesday that the university had updated its forms and processes to comply with state law and a federal executive order. Kansas State University did not immediately respond to a request for comment.

Flanders said in a statement that state universities will follow all state laws to implement vaccine requirements.

“Factors affecting federal contractual requirements have evolved rapidly, in particular with the addition of new laws during the special session and the shifting of federal deadlines,” Flanders said. “The Council demands that all universities remain in compliance with all existing and new applicable laws. “

Schmidt’s letter was sent two days after the Kansas legislature passed legislation in a special session that requires employers to grant religious exemptions to COVID-19 vaccine mandates for workers who request one in writing . The law prohibits employers from investigating the sincerity of a person’s religious beliefs.

Schmidt, a Republican, said the procedures initially used by the University of Kansas and the State of Kansas violate the law. He said universities have similar forms that require employees to describe the nature of their religious beliefs and to search for third-party documents to substantiate the sincerity of those beliefs.

“None of this information is necessary except to support an investigation into the sincerity of the employee’s claim, which is no longer relevant,” Schmidt wrote.

The attorney general also noted that the University of Kansas had a committee to review each exemption request and that the state of Kansas had contracted with a human resources consulting company to help assess the requests and recommend their. approval, which he said also violates the new law. .

The attorney general also opposed an “arbitrary” deadline set for November 15 by universities to request religious or medical exemptions, earlier than the January 18 deadline set by the federal decree.

He said any public university using procedures that violate the state’s new law should immediately stop and notify employees of the changes.

The recall of Major Vampire Diaries in season 4 of Legacies