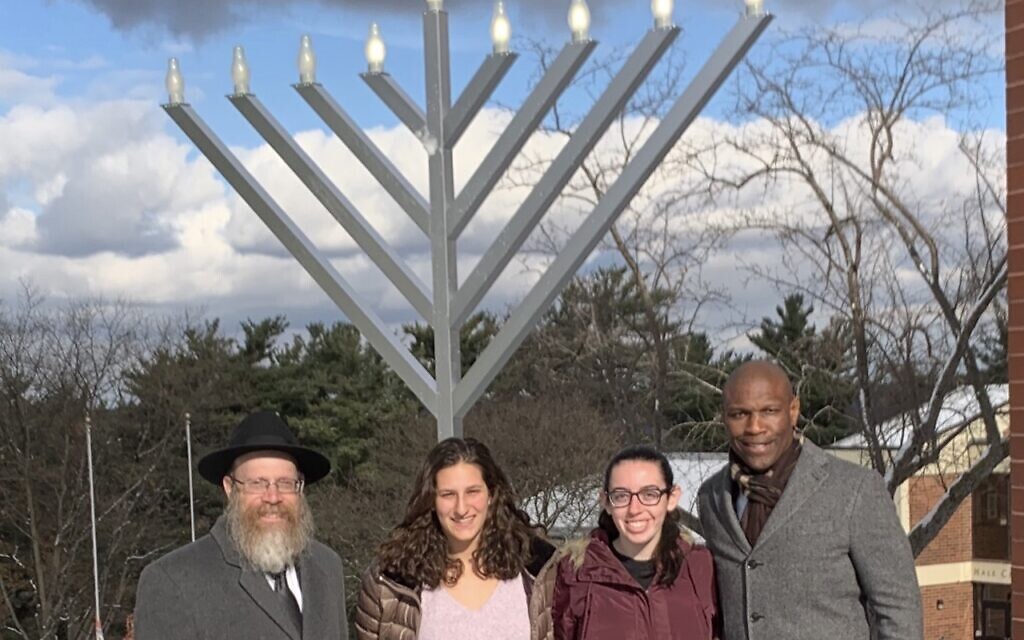 Jewish life at small colleges is a ‘challenge’ but not impossible

Students can find options for Jewish life on many small university and college campuses across western Pennsylvania, but they often have to take the initiative to seek out resources and experiences.

While Chabad on Campus and Hillel JUC of Pittsburgh have an established presence at larger schools like the University of Pittsburgh and Carnegie Mellon University, both groups also offer programs at several smaller schools.

Sara Weinstein, co-director of Chabad on Campus in Oakland, acknowledged that there were not as many Jewish students at universities such as Carlow, Chatham, Duquesne, Point Park and Robert Morris, but said the smaller numbers allow individual relationships.

“We go way back with former students from small schools,” she said, “because we were able to give them more individualized attention.”

Group activity comes and goes at smaller schools, depending on the number of Jewish students and their level of interest, Weinstein said.

“Sometimes there were groups,” she continued. “I had a women’s course in Chatham. We met for lunch every Wednesday, and there was a solid group of five, six or seven girls and that was a highlight of all of our weeks.

Chabad tries to build relationships with students at different universities, Weinstein said, both by coming to schools for events like the lighting of the menorah on Chanukah, and by extending invitations to activities taking place off-campus, such as Chabad on Campus’ annual Rosh Hashanah dinner. , which could attract 300 students from various colleges.
COVID has made things more difficult, she noted.

“We weren’t allowed on campus,” she said, “especially on the smaller campuses.”

The organization, however, pivoted and engaged in activities such as delivering Passover packages to universities.
Chabad on Campus, Weinstein said, tries to be present at business fairs to meet people. The group is also considering hiring someone to help with outreach at the various schools.

Chabad strives to build good relationships not only with students, but also with faculty, administrators and various chaplains on campus, she said.

Weinstein considers campus outreach important, not just for Jewish students, but for students of other faiths as well. A few years ago, she said, Chabad on Campus moved into a park across from Point Park and served matzah ball soup — and it wasn’t just Jewish students who enjoyed the food.

“We spoke with Arab and Muslim students,” she said. “It was a positive interaction and maybe built a bit of goodwill.”

“Every Jewish student,” Hillel JUC Executive Director and CEO Daniel Marcus said, “is invited to participate, to join Hillel JUC. They are part of the Hillel JUC community.

Hillel’s Jewish educator engages with Jewish student leadership on various campuses, Marcus said, and the organization is available as a resource and as a support.

Hillel also has relationships with school administrators in Chatham and Duquesne, and the organization values ​​those relationships, Marcus said.

Hillel has sponsored events such as falafel and shawarma dinners and donated Shabbat resources, Marcus said, adding that his organization is eager to support students at small schools “if and when students want to on those days.” campus. We are always open to support and meet their needs.

At Duquesne University, Father Bill Christy, who leads campus ministry and is also the university’s chaplain, said “being a chaplain means the whole community.”

Christy provides spiritual first aid to non-Catholic students before sending them back to their own tradition, he said.

“With our Jewish students, we have a very good relationship with Hillel at Pitt,” he said.

Hillel has a student group at Duquesne, as well as another group specifically for Jewish law school students.

Duquesne also has a good relationship with Chabad on campus, Christy said, adding that Shmuel Weinstein came to campus for Chanukah to light the menorah.

The chaplain said the university is working to include a kosher meal option at school, especially for night class students.

“They’re the least likely to get off campus for a meal,” he says.

Now that COVID fears have subsided, Sara Weinstein said Chabad on Campus is eager to start reaching out to Jewish students in person again.

On November 4, Chabad on Campus will host a Shabbat dinner for students at Carlow University at the invitation of the school president. The dinner, she said, will include a concert with the Violins of Hope.

Despite the challenges, Chabad on Campus has found a way to connect, Weinstein said, noting that she and her husband don’t gauge success by how many students they reach — rather, they’re the relationships they establish, what she considers a long- Jewish family.

“We had one-on-one relationships with students that continued and stayed connected in our lives for years after college,” she said. PJC

David Rullo can be contacted at [email protected]