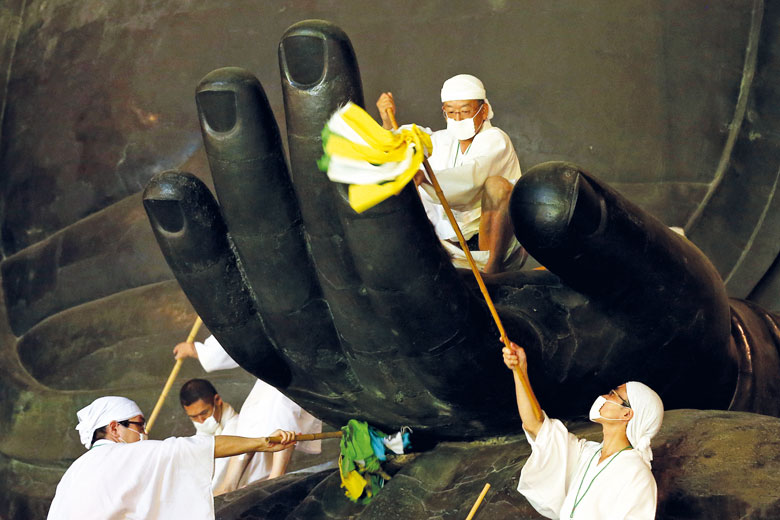 Japanese universities’ inflexibility on job and career incentives is hurting their ability to attract top researchers from around the world, scholars have warned.

Academics working in the country say its institutions’ reluctance to divest from certain practices – whether it’s requiring all professors to invigilate exams or continuing to rely on seniority to determine salary – undermined the ability of universities to remain internationally competitive.

“In many cases, even if you are a prestigious researcher, you have to teach [a] large class without teaching assistants. You have to do a lot of things – including exam assignments, student affairs, demonstration classes at open days and in high school,” said Takakazu Yamagishi, a professor at Nanzan University and director of his International Business Center.

“The fundamental problem is that in general there are no clear divisions between research, teaching and administration in Japanese universities,” he said, adding that research institutes, such as the Nanzan Institute for Religion and Culture, were an exception.

Academics who choose to take on administrative leadership roles are rarely exempt from their core workload, he said. In Professor Yamagishi’s case, he has to teach the same number of classes as his colleagues and take on other duties despite his responsibilities, which leaves his American colleagues baffled.

“There are aspects of Japanese education that are, from the outside, simply breathtaking,” acknowledged Hiroshi Ono, professor of human resource management at Hitotsubashi University.

Having spent much of his academic career in the United States and Sweden, Professor Ono was particularly perplexed by the surveillance system of Japanese universities.

“What amazes me is that they… mobilize tenured professors. Even Nobel Prize-winning professors are supposed to read the instructions and say, ‘The test will now begin… and put down your pencils,’ he said, adding, ‘This is something anyone can TO DO”.

At the country’s most prestigious private universities, which can attract tens of thousands of applicants a year, the load can be even heavier – with some colleagues from other institutions spending three full days proctoring and grading exams, many are still handwritten, Professor Ono said. .

“If you grew up in the Japanese system, you don’t question it,” he said, but acknowledged that international scholars may not have been so enthusiastic: “That may be enough to deter anyone to work in Japanese universities.”

Academics who are not discouraged by such tasks face other obstacles. Husband-and-wife appointments – the practice of hiring a professor and spouse, if both are researchers – which is commonplace in some Western sectors, has yet to gain traction in Japan.

Perhaps more worryingly, most Japanese institutions have yet to fully adopt a merit-based system for calculating academic compensation.

Hitotsubashi was one of the few in the country to launch a merit-based track for scholars, but the pay difference for those with impressive publishing records was not huge, Prof Ono said.

Shinji Kaneko, executive vice president of global initiatives at Hiroshima University, agreed that universities need to take a more merit-based approach, but wondered how that could be done.

“I basically agree, but first we need to agree on the criteria and methods for evaluating which research results are excellent and which are not. This is especially true for faculties in the humanities and social sciences, as many assessment criteria are currently valid only in Japan,” he said.

But unless universities change their stance on one critical detail – the requirement that professors speak Japanese – no flexibility on other issues will allow international professors to be recruited, Professor Kaneko warned.

“Many vacancies require the ability to work in Japanese. This leads to fatal restrictions for international recruiters,” he said.