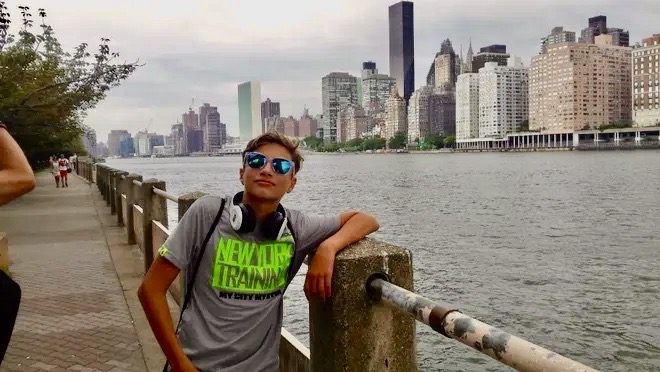 Last February, days before his 18th birthday, Claudio Mandia hanged himself in a dormitory at EF Academy, an elite boarding school in Thornwood, NY, which had just expelled him for cheating.

He had asked another student to complete a math assignment for him at a time when his family said he was under extreme stress. There had been a death in the family and he had missed school after contracting covid.

Described by his peers as an outgoing and generous teenager, Claudio, in 2021, was credited with saving the life of another boy after he noticed marks on the pupil’s wrists and asked for help on his behalf. .

Tragically, no one was there to save Claudio who committed suicide on February 17, the day his parents were due to arrive and take him back to Italy.

That’s where a lawsuit, filed by Philadelphia attorney George Bochetto, comes in. Bochetto and Claudio’s parents — Mauro and Elisabetta Mandia — say the school isolated Claudio from other students and showed negligence in the assessment of his mental health.

“Probably to punish him for cheating, as if expulsion and public humiliation weren’t enough, EF Academy made the conditions even more unbearable for him by isolating him in a room away from all the other students. and teachers,” the lawsuit alleges.

Claudio’s friends and two school administrators visited his bedroom the night before his suicide, and friends say they noticed marks on Claudio’s neck, which he says were caused by a fall in the shower.

It’s unclear if administrators observed the notes, but Bochetto argues that school staff should have been more aware of Claudio’s mental state, especially since he was undergoing therapy with the social worker at school since 2020.

EF Academy has denied any wrongdoing.

ISDA President Basil Russo is advocating for Claudio and hopes that reforms can be put in place to reduce the risk of similar tragedies in the future.

If you’re thinking about suicide, worried about a friend or loved one, or want emotional support, the Suicide and Crisis Lifeline network is available 24/7 across the United States. To contact this network, call or text 988.

This is a developing story, and La Nostra Voce – ISDA’s monthly journal – will feature updates in the coming months.