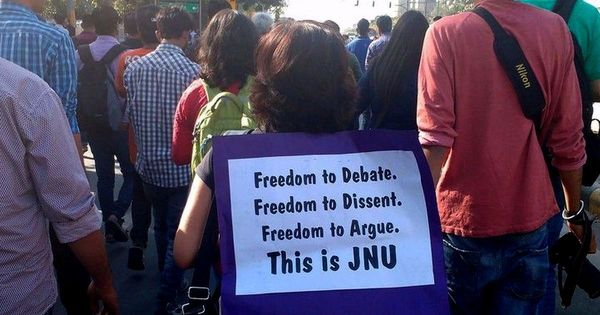 At a conference last month, I met the director of one of our prestigious Indian institutes of technology. Himself a fine scientist and an excellent administrator, he told me that no less than eight IITs were currently without a director. In each case, the term of the previous incumbent had come to an end, and although a search committee had been formed, in no case had the name of the recommended candidate been endorsed by the Government of India. Indeed, the personal and intellectual trajectories of the eight chosen candidates were apparently checked by “Nagpur” before they could be approved.

This dark and meaningful word, “Nagpur”, was used by this director of IIT in a spirit of sarcasm. However, underlying everything he said was a sense of sadness. The scientist knew from his vast experience in the public university system that political interference in higher education did not start with the Narendra Modi government. Past regimes had also played favourites, with ministers of education often subtly (or not so subtly) directing research committees to choose such and such a person as vice-chancellor of one of the central universities or as a senior civil servant of the University Grants Commission.

However, for the first time, such interference had now reached the gates of prestigious Indian Institutes of Technology and Indian Institutes of Management. Scientific expertise and administrative experience were no longer the only selection criteria for IIT and IIM directors; on the contrary, an ideological alignment with the sangh parivar was also sought.

In an essay published in 2015, I described the government led by Narendra Modi as the “most anti-intellectual” this country has ever known. This judgment was impressionistic, based on statements made by leading politicians of the Bharatiya Janata Party (including the Prime Minister) during their first months in office, but it was resoundingly confirmed by the events of the following seven years. What is being done with our IITs and IIMs is symptomatic of a much broader trend, whereby the state systematically – and often ruthlessly – seeks to control, manipulate and direct the way students and professors in Indian universities act. and think. Free thinking and open debate are discouraged and sometimes even prohibited. Instead, compliance with the ideological and political program of the Prime Minister and the ruling party is demanded.

Attacks on intellectual freedom in recent years by the Indian state as well as political activists have been documented in a set of charts compiled by faculty and students in the Department of Sociology at Delhi University. These researchers compiled their findings into six categories, as explained below.

Table 1 contains cases of books that have been removed from academic curricula or even public distribution due to perceived insults to the dogmas and prejudices of a particular religious group. Authors thus officially “cancelled” include the great American Indologist, Wendy Doniger, and the famous Bengali novelist, Mahasweta Devi.

Table 2 lists cases where seminars organized by students or faculty members were either canceled by the authorities or disrupted by political agitators, usually from the Hindu right. This table counts up to 69 such incidents. They include, among others, the screening of a film by award-winning documentary filmmaker, Anand Patwardhan, in Pune in December 2014; a lecture by sociologist Prof. MN Panini at Central University in Jharkhand in February 2016 (cancelled on the grounds that the professor, although himself scrupulously apolitical, had once taught at Jawaharlal Nehru University); a lecture in Chandigarh in January 2018 on Gandhi and communal harmony by Professor Apoorvanand of the University of Delhi (disturbed by the student wing of the Rashtriya Swayamsevak Sangh, the Akhil Bharatiya Vidyarthi Parishad); a Women’s Day event at the University of Delhi in March 2021, also disrupted by the ABVP, which is a serial (and almost always unpunished) offender in cases like these.

Table 3 lists cases of criminal charges brought against professors and students at public universities for statements they made that the state deemed defamatory or even “anti-national.” The thirty-seven examples here cover the usual issues that the current regime is particularly paranoid about: Kashmir, images of Hindu gods, the Citizenship (Amendment) Act and so on.

Table 4 documents 39 separate cases of physical assaults against professors and students at Indian universities. They include the death of a professor in Ujjain from injuries sustained after being assaulted by right-wing students; the murder of the highly respected professor, Professor MM Kalburgi, in Dharwad in 2015; the boycott and forced transfer of a Sanskrit professor to the Hindu University of Benares because he was a Muslim, etc.

Table 5 lists cases where professors were not allowed to hold the teaching posts to which they had been appointed as well as cases where academics had to resign due to political pressure. (Full disclosure: Among the two dozen cases in this category is one involving the current author, who was unable to hold a position at the University of Ahmedabad due to pressure on the governing body by the BJP and the ABVP).

Table 6, the last in this series, lists cases of foreign scholars prevented from entering India or speaking at academic conferences in India. The compilers comment that “this list is the least comprehensive because foreign scholars are reluctant to talk about their visa issues for fear of being denied a visa in the future. There were also several incidents of racism against African students which we have not listed here. Overall, the current atmosphere is not welcoming to foreign scholars.

For those wishing to view these tables in full, they are available online here.

A report on the state of academic freedom in the country, written by Professor Nandini Sundar and published on the excellent website, is also valuable in this regard. India Forum.

In their documentation of threats to academic freedom, Delhi University sociologists have endeavored to be as comprehensive as possible. As well as non-partisan. The cases they document have sometimes involved non-BJP regimes (such as when the government of Mamata Banerjee in West Bengal disgraced itself by harassing a faculty at Jadavpur University for publishing a cartoon of the chief minister) . However, BJP-led governments, in the states and at the Center, bear a disproportionate share of the blame for failing to guarantee academic freedom, whether they act alone or in concert with the angry and abusive young men of the ABVP. .

This year marks the centenary of my foster mother, Delhi University. I owe this university my own interest in critical thinking and the exchange of ideas. After five years at Delhi University, I went on to do a PhD at a centrally funded institute in Calcutta. Later, I worked in four different public institutions in Bangalore, Calcutta and New Delhi. As someone whose life and career have been so profoundly shaped by the Indian university system, I view these growing attacks on academic freedom with anguish and dismay.

While public universities have borne the brunt of this onslaught, private universities have not been spared either. Fearing reprisals from ruling party politicians, they too sought to restrict the intellectual freedom of their faculty. A private university monitors and censors its staff’s social media posts. The vice-chancellor of another cultivates close ties with the leaders of the Rashtriya Swayamsevak Sangh. These attempts to buy peace lead us down a slippery slope, which ultimately leads to capitulation.

I have now known the Indian university for almost 50 years – as, successively, student, researcher, teacher and observer. I have never known him so fragile, so overwhelmed by internal and external threats as he is now. The atmosphere is much less conducive to independent thinking, the pursuit of teaching and original research than at any time since the emergency. To account for this state of affairs, one cannot lay all the blame on the state, or even on Indian politicians and their hooligan ways.

Also guilty are the administrators of the universities themselves, those vice-chancellors and principals who succumbed too easily to threats from the state and, more distressingly, from cretins. The renewal of the Indian university therefore depends essentially on a stiffening of the spine of those who are mandated to lead it.

Ramachandra Guha’s new book, Rebels against the Raj, is now in store. His email address is [email protected]

This article first appeared on The Telegraph.

Hartmann: Sam Page is not the Democrat you think he is | hartman | Saint Louis