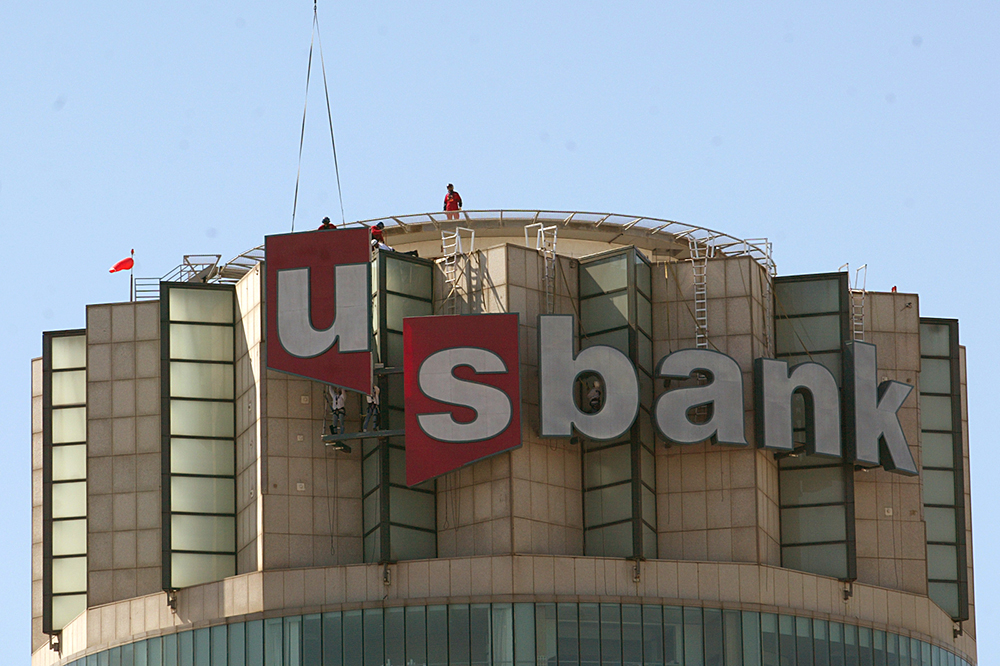 How Banks Got Into The Payday Loan Industry

After I graduated from college, I stopped reading books. I still read constantly – the Internet is great for flooding us with writing – but it was always piecemeal. I would take a few hundred words from breaking news stories or beloved blogs, or a few thousand thoughts. For a while, I felt like it was working.

Then the Trump administration came along. For the past two years, reading the news has felt like inviting the worst parts of humanity to practice hitting me in the solar plexus. Worse, on the days that seemed relatively slow – when we weren’t on the brink of war or turned off our health care or shaved off our immigration law – I got anxious. I was starting to depend on the Trump administration to provide me with something that I could respond to.

This way of thinking is exhausting. Worse yet, it’s limiting. Instead of focusing on what society has the potential to be, I focused only on the depths I hoped we wouldn’t sink into.

It turns out that books can be a useful remedy for this problem. They allow writers to explore, nuance, push boundaries, and give readers time to reflect on what has been written. And, unlike Twitter, they don’t shine a bright electronic light on my eyes when I’m trying to go to bed.

This is the first in a regular series of books that the staff at TalkPoverty love. We’re starting with new releases that are all relevant to today’s most pressing issues, but excel at exploring the shades of gray that are often missing from news coverage and Twitter threads.

The golden state by Lydia Kiesling

In some ways, The golden state is a classic road novel: it follows its main character, Daphne, as she flees San Francisco and heads to the high desert of California. Like so many travelers before her, she seeks freedom, adventure and a break with bureaucracy. The catch is, unfettered freedom isn’t a real option: every leg of Daphne’s journey is marked by her custody of her 16-month-old daughter, Honey.

Daphne’s relationship with her daughter, and with motherhood, has a fullness and honesty that I have only seen once before (in Maggie Nelson’s The Argonauts). She loves her daughter desperately, but her exhaustion and frustration with Honey’s needs and temper tantrums slowly turn into something like fear and rage. The result is a novel that is both beautiful and stimulating, exploring ideas about domesticity and freedom of movement which, in the worst books, are treated as if they were opposites.

For you if: You are interested in experimental work on the flow of consciousness, or themes around immigration, parenthood and domesticity.

The caregiver by Samuel Park

Park’s final novel, completed shortly before his death, is another completely different mother-daughter tale. He alternates between 1980s Brazil and 1990s Los Angeles as the main character, Mara, cares for a woman dying of stomach cancer who brings back memories of Mara’s complicated relationship. with his mother. It’s a story about how Mara survived in both countries – as an undocumented babysitter in the United States and as a poor child in Brazil – that is engaging, if slightly soapy.

The book alternates between being gripping and introspective, hesitations that are almost certainly due to Park infusing the women Mara deals with with the same disease that was killing him.

For you if: You want a novel with compelling characters that are plot heavy, or themes around not having papers or providing health care.

Get Talk Poverty delivered to your inbox

Giving People Money: How a Universal Basic Income would end poverty, revolutionize work and reshape the world by Annie Lowrey

Universal Basic Income is officially common, but advocates of politics – from Silicon Valley techies to libertarians to Black Lives Matter activists – are strange bedfellows with very different explanations for why we should. give everyone a monthly amount in cash.

Lowrey’s book reviews each group’s rationale for supporting policy. She’s thorough and respectful of topics throughout, but clearly knows what arguments she’s buying – and not buying.

For you if: You want a long, accessible read on newly fashionable economic policy.

What you are wrong about the Appalachians by Elizabeth Catte

This pocket rebuttal to the often cited Hillbilly elegy places the Appalachians within the framework of the United States, instead of the distant Trump Country which has been the subject of media fascination.

Catte, an eastern Tennessee historian, guides readers through the region’s history with industry and race, and the organizing efforts of current residents around land and work. While the book doesn’t turn the area into a liberal model, Catte describes it with the kind of nuance one would expect from a real place: a place with serious problems, a complicated history, and a lot of very different people trying to figure out what to do next.

For you if: You still talk about Linda Tirado drunk reading of Hillbilly elegy.

Heartland: A memory of working hard and being broken in the richest country on the planet by Sarah Smarsh

Sarah Smarsh has been treated as something of a working class spokesperson since her viral essay, “Poor teeth, “Captured her family’s experience with a blend of honesty, compassion and humor that only comes with real experience. His thesis, Heartland, is written in the same place as the essay that made her famous: The One Who Dares to Love and Respect a Poor Family.

The book tells stories that are both joyous and horrific, and situates his family’s lives in the policies that kept them from paying for health insurance or competing with agribusiness. It’s not quite perfect – the framing device featuring a non-existent girl doesn’t quite suit me – but it’s an extremely powerful and sharp meditation on the class in America.

For you if: You are a sucker for a beautiful memory.

Before Rebecca Traister releases her highly anticipated Good and crazy, Brittney Cooper had written a whole treatise on the power of the anger of black women, and the contempt that the country has for it.

Eloquent Rage focuses on the web of sexism, racism and class, grounding Cooper’s understanding of the three in his own coming of age. And, more importantly, it takes on the current feminist movement – a movement often grounded in whiteness – and compels readers to recognize how “fucking shit for everyone” that is.

For you if: You prefer your life lessons from someone else’s grandmother.