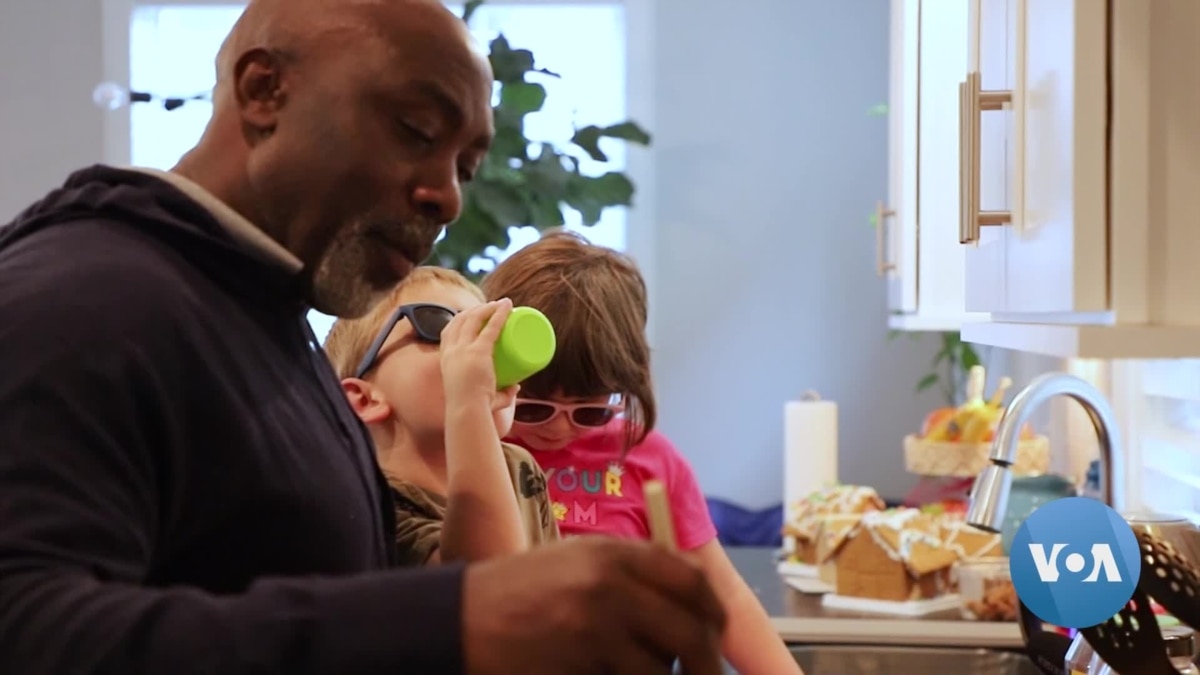 Peter Mutabazi was 10 years old and desperate when he fled his abusive father and his home in the town of Kabale in southwestern Uganda.

â€œLife was just miserable,â€ he recalls. â€œI went to the bus station and asked the lady, ‘Hey, which bus goes the furthest? And I ended up in Kampala.

He lived on the streets of the capital for about four years, foraging for food and for a safe place to sleep – until a nice stranger put him in the way from a Ugandan street child to an American foster father. .

The boy was hanging out in a market, offering to help shoppers transport their wares, earn some money, and maybe eat a banana.

â€œWhen I saw this man, I think I wanted to steal some food from him,â€ Mutabazi recalled on a recent Saturday in December, sitting in the well-equipped kitchen of his home in Charlotte, North Carolina. But the man surprised the boy. â€œWhen I tried to get food from him, he said, ‘Hey, what’s your name? You know, no one has ever asked me my name.

The man gave her respect – and food. And after repeated visits to the market, where he looked for young Peter, the man offered him the chance to go to school.

â€œFor the very first time, someone saw the best in me,â€ said Mutabazi, now 47. â€œâ€¦ He saw a child with potential and he was ready to say, ‘You know what, I want to invest in you. I want to do something for you. And that’s what changed my life.

The man enrolled the boy in a boarding school in Kampala, where he thrived. Later, Mutabazi worked and received scholarships to study business administration at Makerere University in the capital, then went to Oak Hill College, a theological academy in London, and Master’s University, a Christian institution. from southern California.

Eventually, real estate work led Mutabazi to Oklahoma City, Oklahoma State, in the south-central United States. He volunteered to mentor teens in foster care, when a social worker encouraged him to get even more involved. He signed up that day for foster parent training.

That was in 2017. Since then, Mutabazi has strived to bring out the best in young people who, like him, have experienced neglect, abuse, rejection or other hardships. It has taken in 20 children so far.

The first child placed with Mutabazi was white, as were all four of his current offspring.

â€œI was shocked, wait a minute the kid doesn’t look like me,â€ Mutabazi said. He quickly learned that violence and neglect are not discriminatory. And he decided, â€œHey, I’m here to stand up for every child. “

Mutabazi has since looked after young people of diverse racial and ethnic backgrounds: African-American, Native American, Hispanic and Caucasian, he said. Of the nearly 424,000 children placed in foster care in the United States in the most recent federal snapshot, 44% were White, 23% were Black or African American, and 21% were Hispanic.

However, this was the case with Anthony. He arrived in Mutabazi at the age of 11 whose adoptive family had renounced parental rights after nine years. Mutabazi agreed to take the boy for a weekend visit.

â€œOnce I got the story, I think it goes back to my time 10 or 11 years ago,â€ Mutabazi said, remembering to be â€œhelpless, unwanted, not knowing what your future is. there was a kid in front of me who just reminded me of myself.

â€œMy father’s story has really helped me connect with him better,â€ said Anthony, now 15. “… I realized that me and him, we’ve both been through a lot.”

It was adopted in November 2017 in a courtroom in Charlotte, where Mutabazi had moved to work as a regional director for World Vision, a Christian non-profit anti-poverty organization.

â€œAs much as I help them through their trauma, they also help me through my own trauma. â€¦ They teach me so much about myself too, â€Mutabazi said.

Mutabazi added that he also relied on almost daily calls and texts with the man who had researched him in the Ugandan market a long time ago. Mutabazi said her informal adoptive father prefers not to be named publicly.

The entrepreneurial spirit that helped Mutabazi survive his difficult childhood has taken on new dimensions. He scaled back his work with World Vision, continuing as a speaker and children’s advocate for the organization, to allow more time for fatherhood (he receives a government allowance for the care of each child). He flips houses, improves and resells every property. As #FosterDadFlipper, he became a social media influencer, with over 132,000 followers on Instagram. He has a YouTube channel, Now I Am Known, which features some of his family’s experiences and antics. He markets a plush “support dog” resembling the family’s golden doodle, Simba, with a collar bearing affirmative phrases such as “You Count.”

Mutabazi doesn’t stop flipping houses: he also wants to overturn a series of negative stereotypes, emphasizing instead that most black men are responsible and engaged fathers, and that single men can provide a safe and child-friendly home. with a host family.

Also, “as an immigrant to the United States,” he said, “I think I would like people to know that we are here and that we are changing lives.”

When going out with his children, Mutabazi said he sometimes comes across prejudices and suspicions about differences in skin color.

Recently, at a big box store, he and his kids lined up to sample a food item for free, he said. The woman distributing the samples told the children that she needed a parent’s permission. â€œAnd they just said, ‘But he’s right here,’ Mutabazi said. â€œâ€¦ There is a false narrative that I am not worthy to be the father of white children or that I do not have the skills and principles to raise white children. â€¦. Yes, they don’t look like me, but they are my family.

â€œWhat’s really going to be remarkable is all of these kids that he touched. They are going to come out and change the lives of others, â€said Maxwell. â€œAnd so, the impact of one will be spread over the years. It’s gonna be amazing.

Betty Ayoub of the Africa Division of VOA reported from Charlotte, North Carolina with Carol Guensburg of Washington, DC