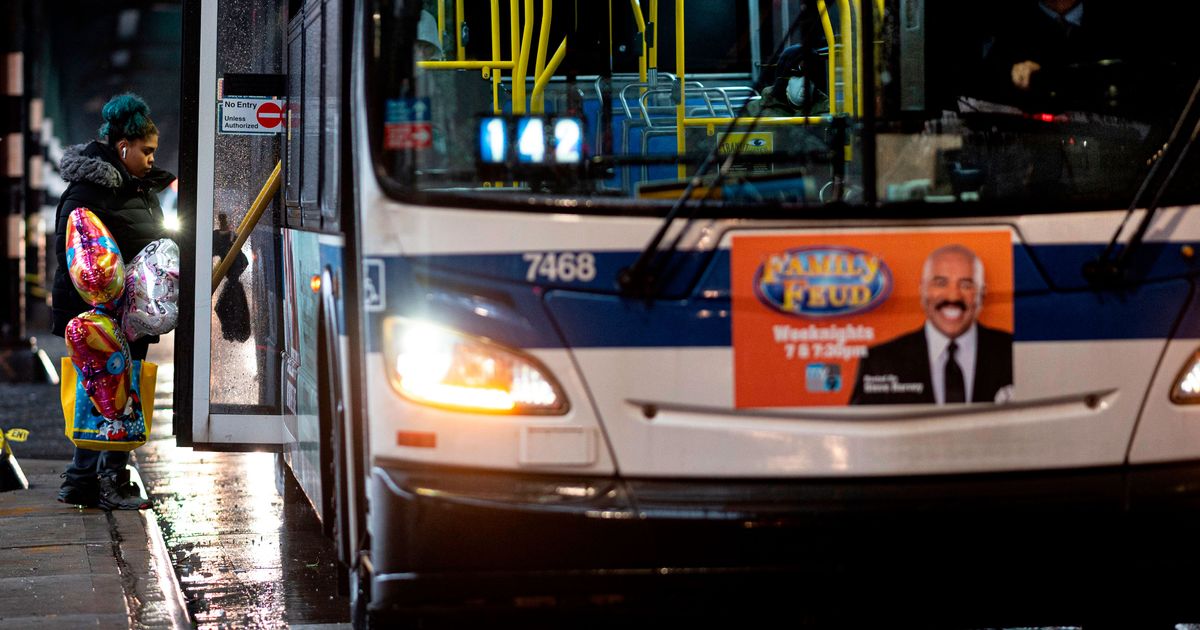 Eric Adams wants to crack down on fare evasion

During a Friday press conference, when asked about fare evasion on public transport, Eric Adams made a point you’ve probably heard before: “It’s a big mistake not to impose fare evasion he said, adding that it “sends the wrong message…and it doesn’t create the environment we need. The environment we need, according to Adams, is a lot more cops on the subway. (It’s not a new idea: Former Gov. Andrew Cuomo’s plan to add 500 police officers to the subway system was expected to cost $249 million over four years and save just $200 million in lost costs.)

Adams went on to say that he doesn’t “criminalize poverty,” saying there are avenues people can turn to, like “going to the token counter” and saying you can’t pay or participate in the the city’s Fair Fares program, which offers discounted MetroCards. to New Yorkers living under the federal system poverty line.

None of these suggestions are particularly helpful. Fewer subway stations than ever are staffed, and leaving those decisions to individual stand workers seems like a bad idea. And, like New York Times recently reported, lack of awareness of the Fair Fares program and its strict eligibility requirements (a family of four must earn less than $28,000 to participate) means the program reaches only 260,000 New Yorkers. A Community Service Society survey found that in 2021, nearly half of eligible New Yorkers had not applied for the program, and it estimated that after the pandemic, more than 700,000 people would now be eligible. Adams allocated $75 million for the program in its first budget, which is an increase from this year’s funding but still below the pre-pandemic $106 million.

A recent MTA survey found that nearly 30 percent of people avoid fares on buses, but not everyone agrees with Adams that this is a problem the cops need to fix. Asked about the great fares, JP Patafio, who represents bus operators as vice president of the Transportation Workers Union Local 100, told the New York To post that maybe the fare itself was the problem. “I don’t know if there is a police solution to the 29% tariff evasion,” he said. “They should consider making the local bus service free. As we have seen during the pandemic, it is an essential public service – like the most essential of essentials.

If New York definitely threw away its fareboxes, at least on its buses, we wouldn’t be, as usual in public transit, the pioneers. Boston Mayor Michelle Wu recently made three major city bus routes completely free for the next two years, expanding a pilot program, which saw boarding times reduced by 20% on a free line and a increase in ridership to 90% of pre-pandemic levels. Los Angeles kept its buses free for 22 months during the pandemic. And, as you may recall, for five months at the start of the pandemic, the MTA also made local buses free, in part to help essential workers get around. Why not try again?