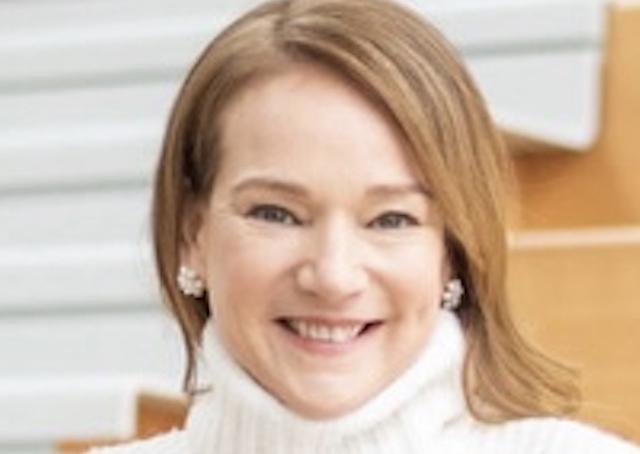 GREENWICH – A native of Greenwich has been hired as the new principal at Eagle Hill School, a private school in the city that specializes in educating children with learning differences.

The board announced Thursday that Gretchen Larkin will be the school’s fifth permanent principal. Larkin will succeed Interim Principal Jim Heus on July 1, 2023.

The announcement came after extensive research that involved reviewing many highly qualified applicants from schools across the United States in partnership with RG175 research consultants, Eagle Hill said in a statement.

â€œBy visiting our campus, Gretchen has demonstrated that she is a dynamic and engaging leader,â€ said Patty Murphy, Chair of the Eagle Hill Board of Directors. â€œHis personal and professional experiences, as well as the time spent with members of our community, confirms his passion for the mission of Eagle Hill School. The Board of Directors looks forward to working with Gretchen to build on Eagle Hill’s reputation as a national leader in LD education.

Larkin, a Greenwich Academy graduate, said she was delighted to be returning to her hometown with her husband Bill, from Darien.

“I can’t remember a time when I was as excited as now – being named Eagle Hill School’s fifth principal is a dream come true,” she said. stated in a press release. â€œThe future is bright for this incredible school that is literally transforming the lives of children and their families. “

She will take office in July 2023, and in a statement, Eagle Hill said: “Long delay for leadership change in independent schools is becoming more and more common.”

â€œGiven the issues schools face with COVID, having a full school year for the transition allows both schools to prepare their constituents and plan accordingly for the change, resulting in a smooth transition from one school year to the next. institution to another, â€the statement read.

Larkin is now in his eighth year as principal of Charles River School, a PK-8 school in Dover, Massachusetts. As a leader, she created a new multi-age model for early childhood education, oversaw a comprehensive strategic plan, increased enrollment, reduced attrition and record-breaking fundraising, according to the release. Eagle Hill.

Prior to that, Larkin held various positions at independent schools in greater Boston, as well as teaching positions at Brunswick School in Greenwich and Windward School in White Plains, NY. Early in her teaching career, Larkin was a co-teacher at Brunswick as part of her graduate fieldwork in 1998.

Larkin holds a Master of Arts in Education with Distinction from Manhattanville College and a Bachelor of Arts in French from Lake Forest College in Illinois.

Kaufman had announced in April 2020 that he was leaving effective June 30, 2020 to pursue other career opportunities, the directors said. He is now the principal of Cedar School, which opened this fall in the city and also caters to students with language learning differences.

Eagle Hill’s goal is to provide intensive, short-term remedial education to children with learning differences and bring them back into the mainstream education system. It serves children in Fairfield County, Westchester County, New York City and beyond.

For Eagle Hill students, the learning experience is fully personalized based on an assessment of the specific nature of its learning difference. For more information, visit eaglehillschool.org.