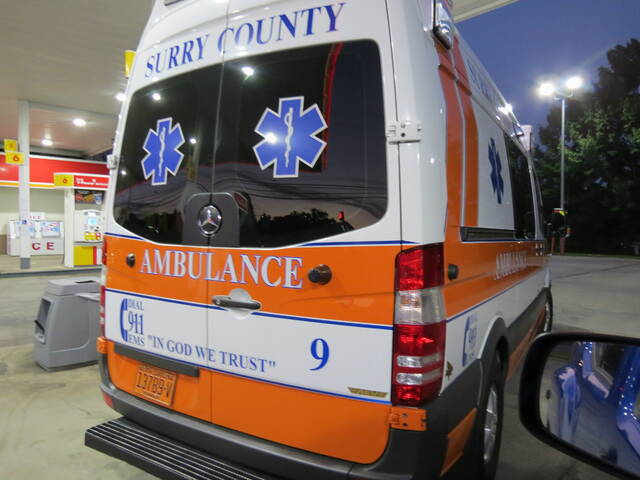 Drug overdoses and deaths on the rise in Surry

Deaths have risen from 30 in 2020 to 44 last year, the highest number recorded for Surry since 2017, when a staggering 55 overdose deaths occurred before Narcan was widely used as an antidote to overdoses.

The biggest spike in this activity occurred from 2019-21, according to Surry County Emergency Services Manager Eric Southern, a period spanning the advent of COVID-19 and its long list of lingering problems.

“Deaths in the county also increased during this time,” Southern said.

He said the signs point to COVID-related restrictions being a causal factor in the recovery.

“Other factors that may have contributed to the increase in these numbers include higher unemployment, lower incomes, transportation issues and different illegal drugs that have been introduced by vendors.”

Mount Airy Police Chief Dale Watson, who is also closely monitoring the local overdose situation, said another aggravating factor involves restricted access to resources such as counseling and other care during the pandemic. .

“So without those resources, they’re more likely to start using again,” Watson said of those who might have successfully managed their addiction before COVID.

Southern also referenced another notable finding in last year’s figures, involving the continued heavy reliance on Narcan, the brand name for naloxone, a drug that blocks respiratory depression and other effects of opioids, especially in overdose. It can be administered by laypersons, which means professional medical help may not be sought when it occurs.

The director of emergency services says known cases of Narcan administered by family members/bystanders totaled 72 in 2021, up from just 17 doses the year before and 14 in 2019.

A total of 261 Narcan doses are reported for the county in 2021, reflecting incremental increases each year over a five-year period from 131 in 2017. These include those administered by Surry EMS paramedics, law enforcement or other public safety personnel in addition to lay people.

The use of Narcan has been seen as obscuring the true number of overdose cases in Surry, because if a parent, for example, successfully revives an overdose victim using this drug, the incident might go unreported and so stay out of the books.

Substance use events reflected in published official statistics include those in which local emergency service personnel were involved, as compiled by Compliance Officer Eddie Jordan.

“It just shows the data that we see,” Southern explained.

“The biggest substances we see are alcohol and heroin,” Southern observed, “with opioids and methamphetamine still being used a lot.”

“Introducing the new illegal drugs to the already vulnerable population of people with substance use disorders, during a period of increased isolation, is obviously never good,” he said. “Unfortunately, once the effects of an illicit drug have been studied and understood, a new one always seems to emerge.”

Despite last year’s increases, Southern suggests there is reason for hope, including progress made by a county drug task force program.

Willis said a promising development is the previously reported addition of a transport network to address the lack of mobility. “And our response team and peer support specialists are doing a great job of helping patients get the help they need.”

Police Chief Watson hopes a return to normal from COVID will make another difference in that regard. “We hope that with fewer restrictions there will be more resources available.”

“The vicious cycle of illegal drug use that has plagued Surry County and many other counties will continue to be a problem until we implement an effective recovery-oriented system of care for related disorders. to substance use that focuses on all aspects of prevention, intervention, treatment and recovery,” Willis said.

Ending face masks in universities and colleges is ‘irresponsible’ – unions