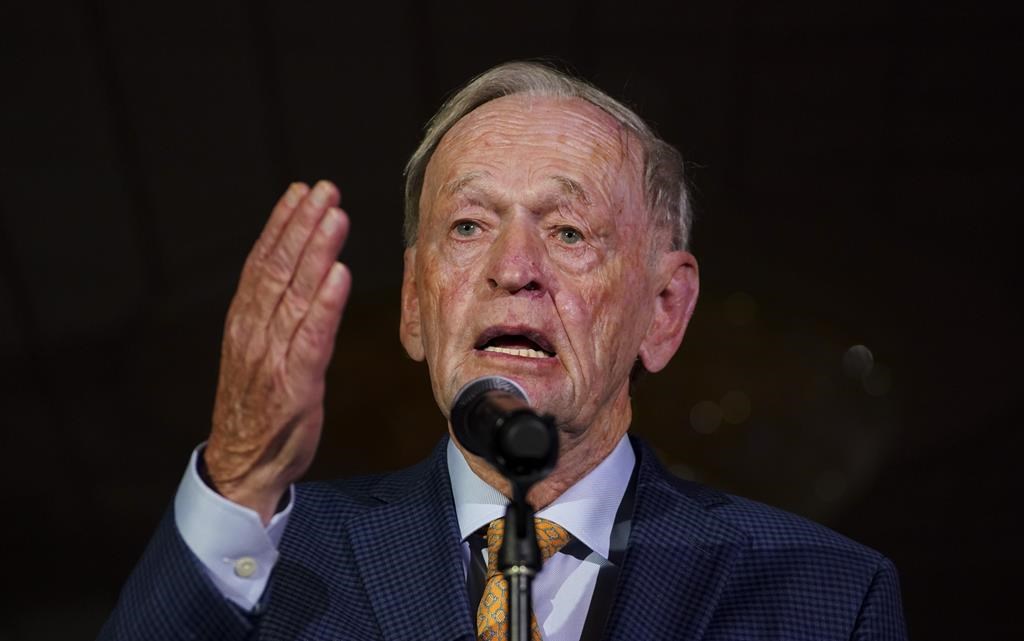 Chrétien insists he heard nothing about residential school abuse while minister

Former Prime Minister Jean ChrÃ©tien said the abuse of Indigenous children in residential schools while he was Minister of Indian Affairs was never brought to his attention at the time.

“This problem was never mentioned to me when I was a minister,” ChrÃ©tien told the popular Quebec television talk show “Everyone talks about it” on Sunday night. “Never”.

Get the best stories delivered to your inbox.

Our award-winning journalists bring you the news that touches you, Canada and the world. Don’t miss out.

“I was a boarder, from six to 21 years old,” he said. “I had my share of baked beans and oatmeal. For sure, life in boarding school was difficult, extremely difficult.”

The discovery of hundreds of anonymous graves at residential school sites across Canada over the summer reignited conversations around the discriminatory system designed to assimilate Indigenous children. The 2015 Truth and Reconciliation Commission report documented the physical and sexual abuse and malnutrition suffered by children in schools.

What people are reading

â€œIt’s outrageous for Jean ChrÃ©tien today to try to whitewash his role at the Sainte-Anne residential school, because he knew it,â€ Angus said, referring to a facility in Fort Albany, Ont. “People reached out to him and begged him to do the right thing, and he ignored them.”

Angus shared on Twitter a handwritten letter sent to ChrÃ©tien by a teacher in 1968, denouncing conditions at Sainte-Anne and referring to the school’s “sterile, rigid and loveless atmosphere”.

â€œJean ChrÃ©tien never responded,â€ Angus said. â€œImagine if he read this letter and thought, ‘I should do something.’ How many children could have been saved because some of the worst crimes were being committed back then? “

The 87-year-old former politician was invited to the show to talk about his new book, published in English under the title “My Stories, My Times Vol. 2”. He was asked about a passage in which he said he advised the Queen against apologizing to the Maori people of New Zealand for what was done to him by the British colonial administration.

ChrÃ©tien says he never heard of abuse at #ResidentialSchools when he was a minister. # JeanChrÃ©tien

â€œYour Majesty, if you are starting out, I will have to bring you to Canada and, since we have several hundred indigenous communities, you will be on your knees for at least two years,â€ he recalls telling the Queen in the book.

On Sunday, ChrÃ©tien defended his remarks by saying that an apology is good, but providing a future for indigenous peoples is better. â€œWe cannot rewrite history,â€ ChrÃ©tien said.

â€œTerrible things have happened, not just in Canada. In the United States, it was the military that destroyed the indigenous peoples. Here, we sent missionaries, it was less dangerous. â€

National Chief RoseAnne Archibald of the Assembly of First Nations questioned the sincerity of ChrÃ©tien’s comments on Monday.

“Chretien says the Queen’s apology would keep her on her knees for two years, but he hasn’t heard anything about the institutes of assimilation and genocide?” she wrote on Twitter. â€œLet us remember that he promoted the 1969 White Paper on Assimilation and Genocide which launched First Nations activism.

“With all due respect, Mr. ChrÃ©tien didn’t realize exactly what a residential school was,” said Jean. â€œAnd he’s not alone. Jean explained that most people tend to mistakenly associate these institutions with schools, where you â€œteach people to writeâ€.

While ChrÃ©tien said he had never heard of or suffered any abuse while in residential school, insinuating that he “must not be a pretty boy at that time,” Jean recalled completely different stories of his family.

â€œA member of my family who attended residential school in Fort George told me that he had been sexually assaulted every day for eight years by a nun,â€ said Jean.

ChrÃ©tien repeated throughout Sunday’s interview that he cared deeply about Indigenous issues while in office. He pointed to the adoption by him and his wife Aline of an 18-month-old native boy as proof of his dedication to the cause.

This report by The Canadian Press was first published on October 25, 2021.

– With files from Lina Dib in Ottawa