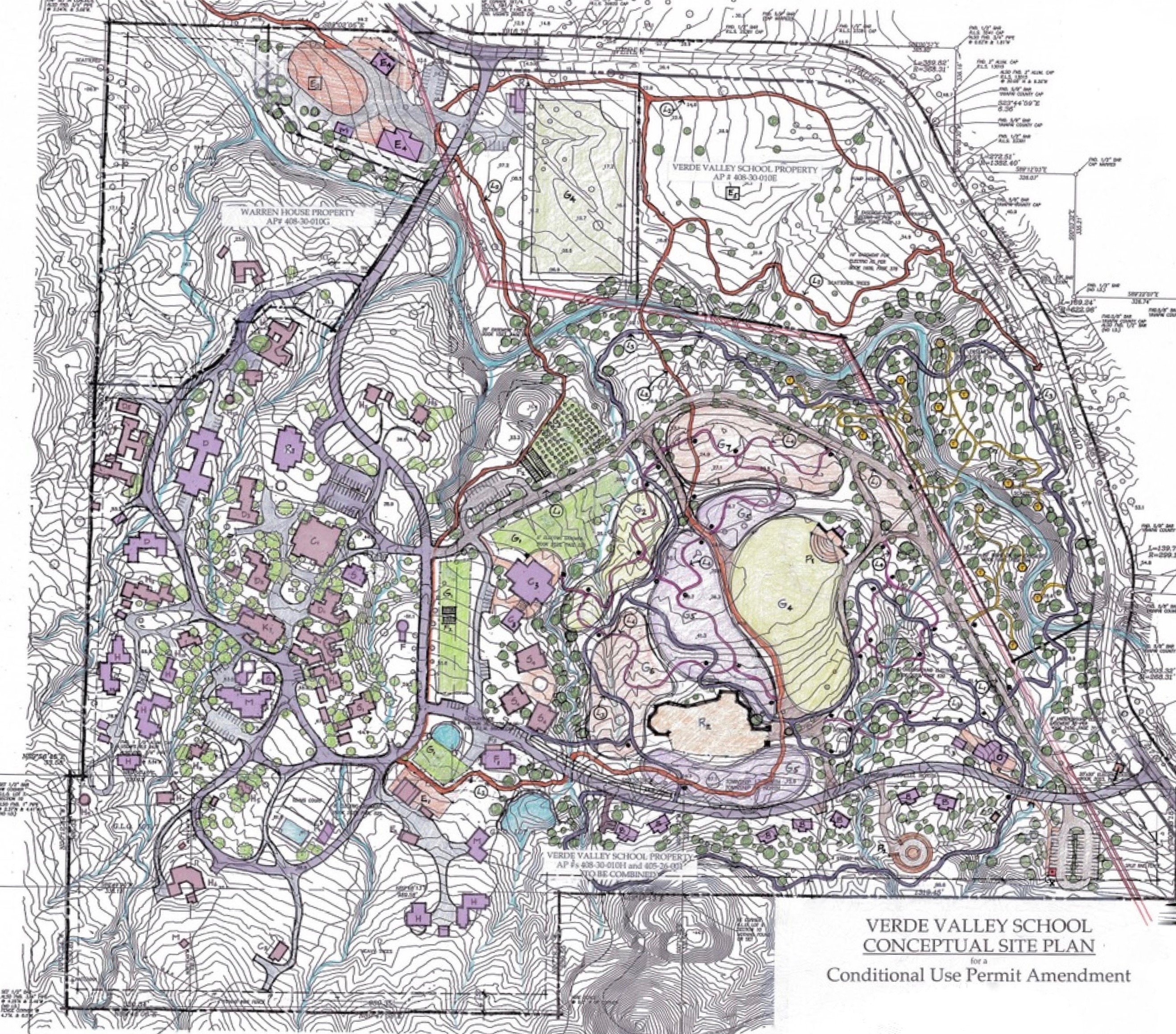 Public agency report Paul Amadio, school principal of the Verde Valley School (VVS), briefed the board on the history and vision of the institution’s long-term plan.

The campus has a total area of â€‹â€‹150 acres and none of the open space on the farm side is for sale. The International College Preparation Boarding School has 125 students from all over the world, including 35 local students and 90 interns.

The school strives to serve as an example of global citizenship, cultural understanding, and sustainable practices and programs for its staff, students and the community.

Many years ago VVS partnered with Camp Soaring Eagle to develop part of the property as a camp for terminally ill children. This project never came to fruition.

As a result, VVS holds two county conditional use permits – one for the school and a second for the camp. Yavapai County recommends that the school update its current permits into a single, single-use permit that encompasses all current and planned uses of the facility for the next 10 years.

Amadio described some new uses envisioned by VVS: expansion of the existing farm for educational and commercial production; updating unfinished buildings; and partnership programs. Specific ideas under consideration include: creating natural walking and cycling trails; an arboretum; the development of self-contained natural building accommodation for guests and staff; restoration of native vegetation; and projects aimed at reducing the campus carbon footprint.

He emphasized keeping the land pristine and honoring the indigenous peoples who once inhabited the land.

Following a September meeting suggestion, board representative KC Kinsey and Candace Strauss, President and CEO of the Sedona Chamber of Commerce and Tourism, explained how BPRCC membership in the chamber could add value. to the community.

Several council representatives commented that membership and participation in chamber members was very beneficial to their organizations. Membership of the Council was proposed and unanimously approved.

Camille Cox presented a report on the state of the Council, summarizing how well the Council has provided over the past two years with the actions requested by member organizations.

Genuine community input was provided through polls, surveys and open discussions. The information was widely shared via articles in local, regional and social media. Research has been done on community issues such as the APS power line, emergency preparedness, updating bylaws, and COVID health and safety information, noting that the Council has coordinated and promoted two community vaccination clinics.

Accurate and timely information from the county to the community regarding projects and permits, such as the village veterinary hospital, arts and crafts tent exhibits, Horse Mesa Ranch and the proposed AT&T 5G tower was delivered reliably. Camille mentioned that relations with county staff have improved and that a new planning and zoning assessment system to provide advice to the county is working well.

BPRCC meetings are now modeled on a code of conduct and simplified Robert’s Rules of Order, which have fostered effective and civil discussions. The community at large has engaged and transparency has improved through local media, open meetings, published highlights and website posts.

Finally, she noted that a formal Dark-Sky committee has been created and has grown to nine active members. She stressed that most of the challenges identified by the community are regional in nature, and not specific to VOCs, and stressed the importance of continuing our efforts to link and collaborate with neighboring communities in Verde Valley.

Patty Reski presented the budget vs. actual for September, and then the proposed budget for 2022, with compliments to the budget committee for hard work and research.

An increase in membership fees will be necessary as costs increase with communication and compliance with requirements. She pointed out that the committee has kept the proposed increases to a minimum. The 2022 draft budget will be discussed in November and approved 2/3 by the council. After the dues vote, the budget itself will require a majority vote to pass.

Nominations Chair Lenore Hemingway spoke on behalf of the committee (Paul Sullivan, Joe Skidmore and Gwen Hanna). She explained their process and the effort they put into contacting potential candidates.

The committee’s nominees are: Patty Reski to continue as Treasurer, Mary Pope to continue as Secretary, and Duane Thompson for Vice President. Despite their efforts, the committee was unable to recruit a presidential candidate.

The BPRCC statutes call on current leaders to continue serving until a replacement is elected. Concerns were raised that this new regulation requirement (June 2021) was intended to provide continuity until the election of a new leader, and not for one leader to serve an additional term.

At the end of the discussion, the president launched a call for candidates in the room. Dave Norton has been appointed vice-president. With two running mate- rial candidates, a motion was passed for an anonymous electronic ballot vote at the November meeting.

President Mary Morris noted that the license to use Horse Mesa Ranch has been approved by the county and the USFS environmental assessment on the APS power line has been postponed until mid-November.

Cox said the committee continues to work on finalizing the documents.

Mary Pope is the secretary of the Big Park Community Council.