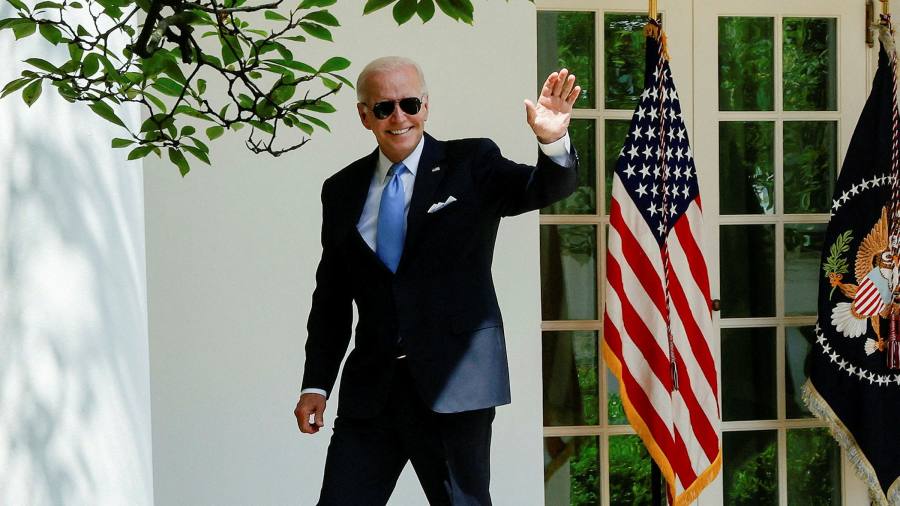 This article is an on-site version of our Swamp Notes newsletter. Sign up here to receive the newsletter straight to your inbox every Monday and Friday

Over the past few weeks, a number of friends have asked me why I haven’t written Joe Biden’s political obituary yet. Everyone else seemed to be on board. My answer has always been that fixed terms are a great ally of an American president. A British Prime Minister can be defenestrated overnight, as has happened to the last three. Italian leaders come and go like the winds of the sirocco. No matter how bad things look for an American president — and they look awful for Biden — they can stay for the full four years. Anything can happen at that time. Think of Bill Clinton’s prospects in early 1995 or Barack Obama’s in early 2010. Both were aided by the incompetence of opponents, luck, and their own ability to get re-elected two years later. It’s more conceivable now than a week ago that Biden could become the geriatric comeback.

As a sultry session of Congress nears the end, amid heatwave-induced airline hell, China’s slashing and negative growth in the United States, the impossible seems to have happened: Joe Manchin, the senator from West Virginia, apparently put his name on a reasonable budget bill. I can hardly think of anything more surprising than Manchin doing the right thing. I therefore remain skeptical: the budget compromise bill has not yet been adopted. But the fact that its name changed from the always meaningless “Build Back Better” to the completely misleading “Inflation Reduction Act” bodes well. Manchin wants to be seen as the inflation hawk who defends fossil fuels. The fact that the bill will have no impact on inflation is neither here nor there: Manchin is selling the bill as if it is.

All of this is potentially good news for Biden. Added to the Manchin Compromise – which would invest a lot of money in clean energy, reduce prescription drug prices and force the US to adopt the global minimum corporate tax rate (each a big deal in itself ) – Congress this week passed the Semiconductor Bill, which would prompt high-end chipmakers to relocate to the United States. It’s also more likely to pass a law defending same-sex marriage — 47 House Republicans voted in favor and it’s possible that ten Republican senators will too. That would put a big hurdle in that path Handmaid’s Tale Supreme Court. Finally, the Senate has a real prospect of changing the notorious voter count law, which would make it harder for a future President Trump to try to overturn an election. All of this goes to show two things: one, don’t write off presidents until they board that farewell helicopter; second, Congress works in a very strange way but is sometimes able to surprise positively.

Of course, Biden is still a deeply unpopular president, including with his own party. Democrats are still on track to lose control of Congress in November. And the 2024 election remains the existential challenge it was a week ago. But not all trends are linear. By its abysmal recent standards, this has been a good week for American democracy. Rana, welcome to a slightly less marshy swamp than the one you left. Where could all this go wrong?

I’m dividing this week’s Swamp Notes to include a comment from Council on Foreign Relations President Richard Haass, who challenged my last Swamp Notes on the lack of wisdom of Nancy Pelosi’s upcoming trip to Taiwan. Given the importance of this theme, and my respect for Haass, I quote it in full:

“Ed: We can debate whether a trip to Taiwan by House Speaker Nancy Pelosi is appropriate, but that wouldn’t be a departure. Newt Gingrich went there about 25 years ago, and many cabinet-level officials have since left. What has changed is the context of US-China relations, which has steadily deteriorated, leading the mainland to judge that it has little to lose by adopting a more confrontational, as the Chairman of the Joint Chiefs of Staff, General Mark Milley, noted the other day. . Moreover, China’s economic performance, for decades the Chinese Communist Party’s main source of political legitimacy, is no longer reliable, and Xi Jinping, who is seeking an unprecedented third term in office this fall, is encouraging greater nationalism as a substitute. Xi may also think the time is right as an unpopular Biden administration has its hands full in Ukraine and with Iran and has sent mixed signals about its commitment to defending Taiwan.

What there is not is any evidence that Taiwan is moving towards formal independence. Nor does the United States encourage him to do so; on the contrary, Secretary of State Blinken said “we do not support Taiwan independence” in his major speech on China.

This is a China-made crisis, which has the potential to shake up the global economic order given that Taiwan produces the lion’s share of the world’s advanced semiconductors. Should a crisis turn into a conflict, it would also fundamentally challenge the Indo-Pacific strategic order, as US allies and others would expect Washington to come to the defense of Taipei. Hence the calls from people like me for the United States to end any ambiguity about its willingness to do so, work with Taiwan and Japan to make such a defense credible, and consult with the Europeans on a possible sanctions package. , all this so that Beijing will be dissuaded from considering the invasion of Ukraine by Russia as a precedent.

Thanks for the opportunity to weigh in.

Great topic Ed, and one that I will also weigh in on in my next column. To answer your specific question – where could this all go wrong? — I think the biggest risk of a rebound under this presidency is inflation and the market’s possible reaction to it. It was politically smart enough to rebrand Build Back Better as the inflation-fighting bill. But the truth is that investments in things like climate change and health care (which are badly needed) are potentially inflationary in the short term. The administration is quite right that it will fight inflation over the longer term. But in the long run, we’re all dead and the midterm reviews are looming.

I like that multinationals and private equity are taxed to pay for some of the things the administration wants to encourage. But corporate margins are squeezed and it looks like companies could start passing on their own inflationary factors (most importantly energy, which the administration can’t do much about in terms of pricing) to the public. . Of course, the Fed’s rate hike and the economic reaction to it could cool things down quickly. But no Democrat wants the economy to feel worse in the fall. It is a very delicate needle to thread. But I agree that this week gave the president a tremendous boost, amid economic news that could have been a real headache for Democrats.

And now a word from our Swampians. . .

In response to “Bannon is already working on his comeback story”:
“I dispute Ed’s assertion that Steve Bannon espouses ‘nativist politics and libertarian economics’. From my observation, nothing that Steve Bannon (nor, for that matter, Donald Trump) advocates has any basis in economic policy. Rather, it seeks to use financial and economic policies to anchor its particular political view of the world. He does not want to reduce the size and influence of the public sector (or “deep state” in his language) to increase economic efficiency – rather he seeks to do so to increase his own power and influence (and those of his mentee). . . He doesn’t want to cut taxes because he thinks it will benefit American businesses, or the general public, he wants to do it because it will benefit him (and his power base who are funding him – of course he is tenderable). —Andrew Brown, Netherlands

“Interested to know if there is a chance of [Liz Cheney] run for president as an independent. And, if so, what could differentiate his offer from previous failed attempts. None of the main parties currently seems fit to govern. A strong independent that garners the votes of Republicans and Democrats (perhaps equally) might stand a chance? » —Chris Millerchip, Rye, New York

Newsletters recommended for you

FirstFT Americas – Our pick of the best global news, commentary and analysis from the FT and the rest of the web. register here

Inside politics – Follow what you need to know about British politics. register here

‘Hijrah’ moment: Coming out of the dark side of payday loans – Universities