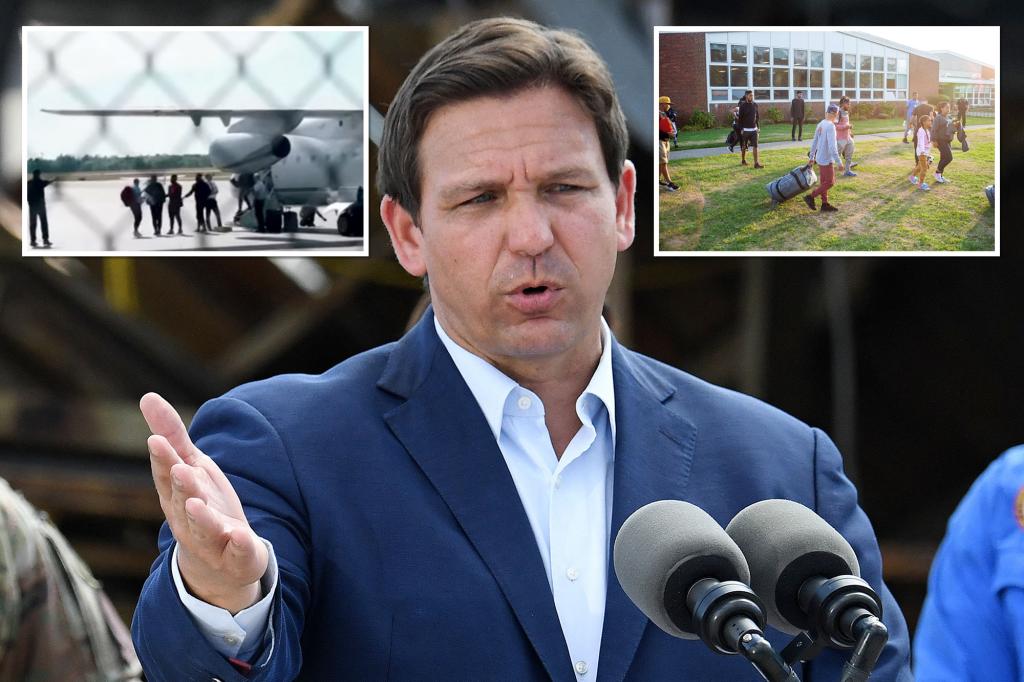 The Biden administration has opened an investigation into Florida Governor Ron DeSantis’ flight of migrants from the US-Mexico border to Martha’s Vineyard.

The Treasury Inspector General informed Markey and other Massachusetts congressmen late last week that he planned to review Sunshine State migrant spending as part of an ongoing audit of the how COVID funds were used.

Specifically, the office said in an Oct. 7 letter that it would review whether interest earned on State and Local Fiscal Recovery Fund (SLFRF) grants was “used by Florida in connection with the activities of immigration and, if so, what conditions and limitations apply to such use.”

The watchdog added that it plans to get this work “underway as quickly as possible.”

“As part of its oversight responsibility for the SLFRF, the Treasury Office of the Inspector General has scheduled audit work on recipient compliance with Eligible Use Guidelines,” the letter states.

“Additionally, as part of our work monitoring the Coronavirus Relief Fund established by the CARES Act, we have already requested information from Florida on the appropriate use of this fund.”

The probe comes after Markey and five House members wrote to the inspector general’s office last month asking for an investigation into DeSantis’ expenses after the Florida Republican sent nearly 50 Venezuelan migrants from Texas to Martha’s Vineyard.

“I applaud the quick response from the Treasury Office of Inspector General,” Markey said in response to the letter. “…I hope this investigation will shed light on whether Governor DeSantis misused funds intended for COVID relief for Floridians.”

The Florida State Legislature passed a bipartisan budget earlier this year to set aside $12 million in COVID relief interest for a program to assist “the transportation of unauthorized aliens from this state in accordance with federal law”.

DeSantis, who is favored to win a second term as Florida governor next month, tapped into that funding for the two migrant flights.

Florida State Senator Jason Pizzo, a Democrat who represents the Miami area, filed a lawsuit against DeSantis last month seeking to bar him from using state money for any future flight.

Pizzo, who voted for the budget, accused DeSantis of manipulating language because the migrants were never in Florida — except when their planes briefly stopped before heading to Massachusetts Island.

The Democrat also argued that the migrants are not “unauthorized aliens” because they seek asylum and have legal status in the United States.

DeSantis has also been hit with a class action lawsuit against the thefts alleging a “fraudulent and discriminatory scheme” to transport the migrants. That lawsuit alleged that migrants were tricked into boarding planes in Texas with promises of jobs and gift cards.