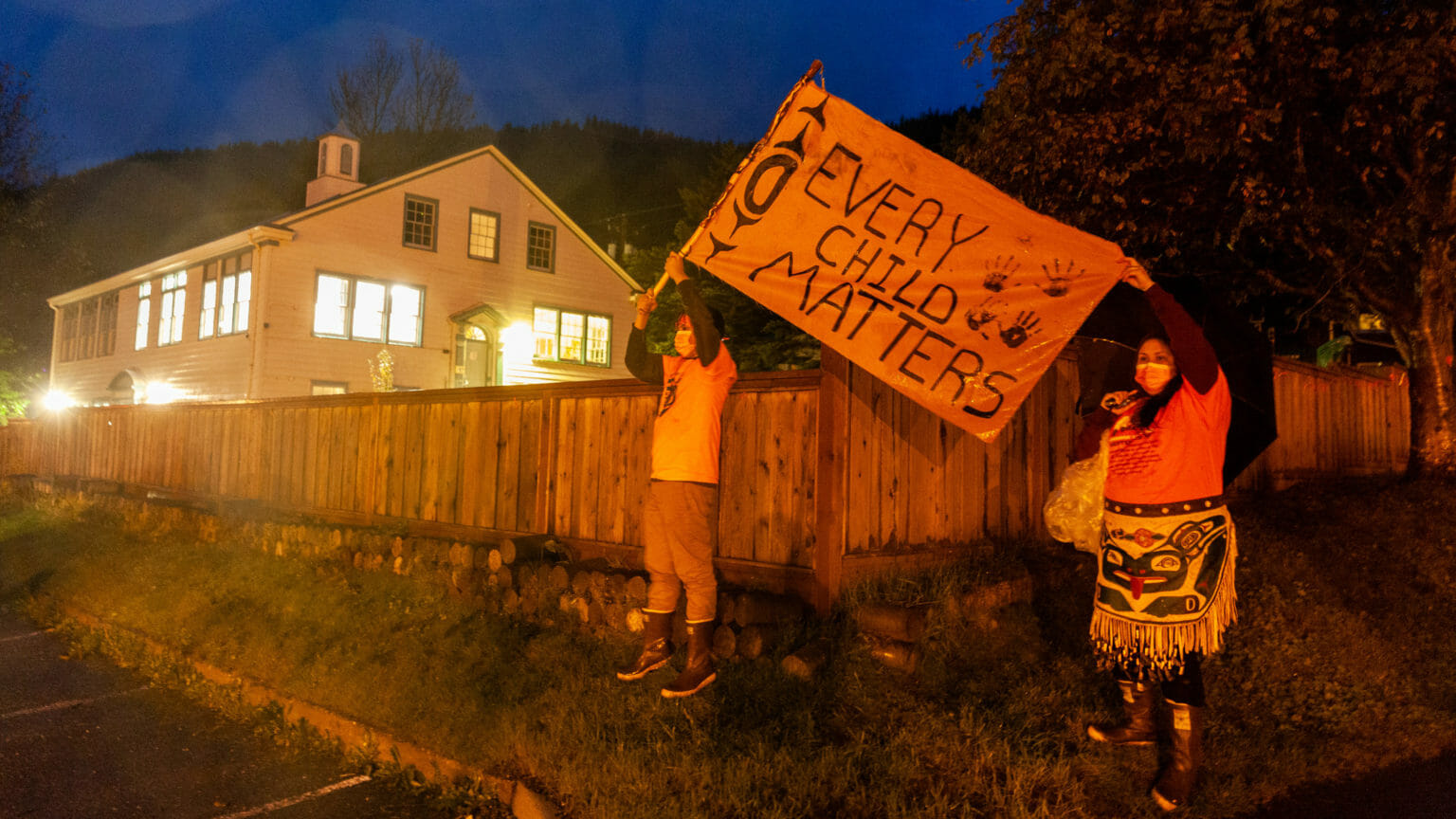 Friday is a day of remembrance for residential schools in the United States and Canada, also known as Orange Shirt Day. Reconciliation Day was created by Phyllis Webstada residential school survivor in British Columbia who had her favorite orange shirt taken away on the first day of school.

There are a number of events taking place in the state to draw attention to the damage these schools have done to Indigenous children and to provide a way to honor the victims and begin to heal.

“Many people live here on Lingít Aani and don’t know the story of the cultural genocide that happened on this land, as well as how racism continues to affect families today,” Ati Nasiah said Juneau afternoon Tuesday. Nasiah works at AWARE – the Juneau domestic violence and survivor support organization.

In Anchorage and Juneau, people will wear orange shirts and congregate during Friday morning commutes to wave to drivers and hold signs.

Nasiah said it’s a story that many Alaskans are completely unaware of.

“Understanding what happened here and understanding that history empowers us to strive to care for the landscape we live in well,” she said. “And to each other in a way that encourages us to support things like native language revitalization.”

In the evening, there will be a formal apology prepared by Alaska Quakers at Sayéik Gastineau School in Juneau – the site of the former Friends of Douglas Mission School, which forcibly assimilated children lingit.

In May this year, Home Secretary Deb Haaland released the first investigation report in the problematic legacy of federal Indian residential schools.

The Government of Canada released a similar report in 2015 after several years of investigation by its truth and reconciliation commission.

How to find the best payday loan provider in South Africa