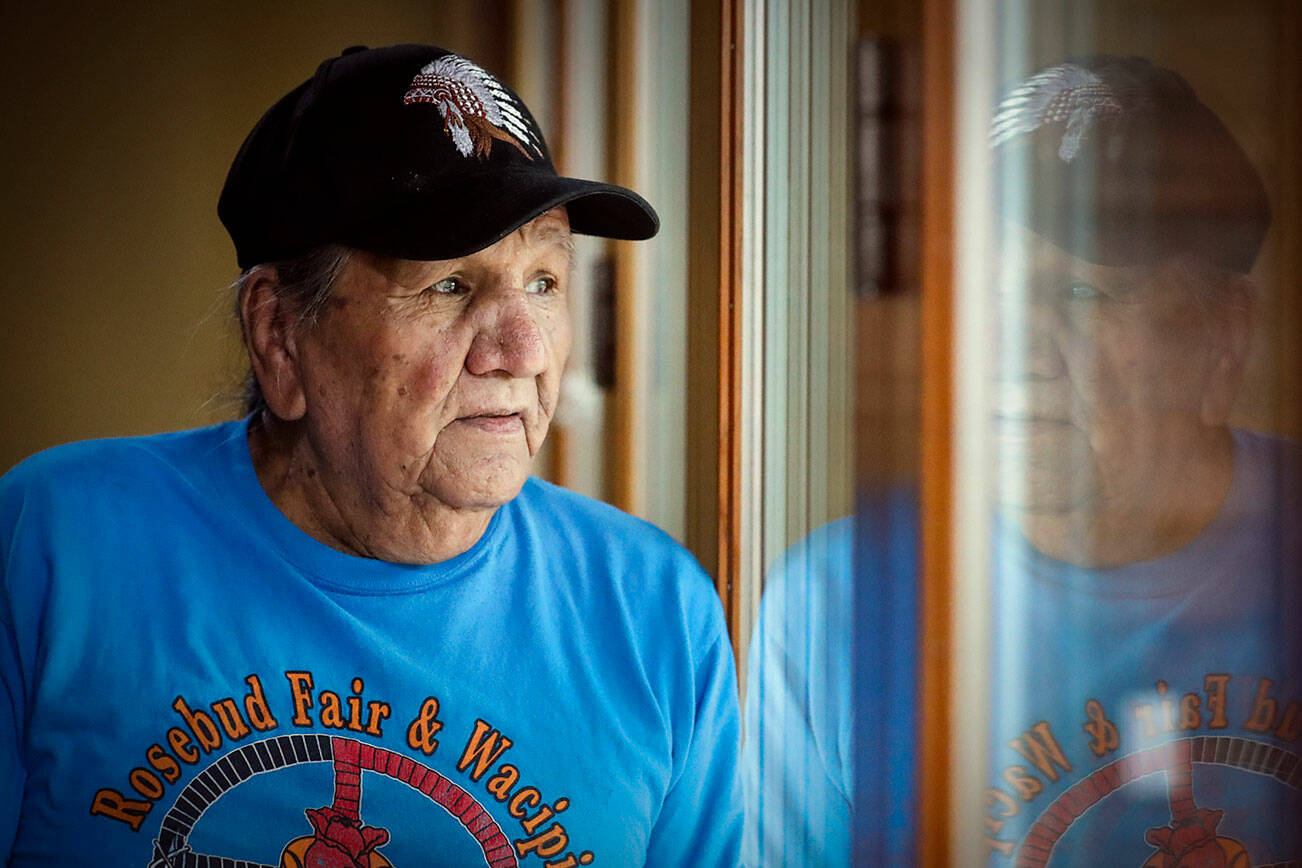 A survivor’s story: Snohomish man, 76, lives with the trauma of residential school

TULALIP – Often, during the morning mass, “a handful of children” moved and hit the floor of the church, fainting from hunger.

“We were always hungry,” said Matthew War Bonnet Jr., 76, of Snohomish, a survivor of St. Francis Indian School in South Dakota. “That’s what I remember – being hungry all the time.”

Sometimes, he says, you could get a full meal in the priests’ quarters if you washed their dishes.

Otherwise, the food was mostly yellow or white “porridge”, depending on the meal. The best meal came on Sunday: cornflakes in the morning and bologna sandwiches for lunch. War Bonnet remembers that bologna was the only meat at school.

In 1952, authorities took War Bonnet to the small Catholic boarding school on the Rosebud Sioux reservation in the heart of the Great Plains. He was 6 years old.

Sitting at the Hibulb Cultural Center seven decades later, he recited a line from the Ave Maria in Latin: “Dominus tecum…” He passed away.

War Bonnet, of the Sicangu Lakota people, spoke Lakota at home. At school, he learned Latin, English and Spanish. He has not set foot in a Catholic church since his eight years at Saint-François. But these bits of Latin prayer are ingrained in him, like the abuse and neglect he suffered.

The school was one of 30 the government funded or operated in South Dakota from 1819 to 1969. St. Francis opened in 1886. It operated under federal contract from 1895 to 1932, receiving government funding and separating children from their families, lands and culture with the purported goal of education.

The War Bonnet siblings also attended St. Francis. The school did not allow them to see each other. He remembers seeing his sisters on “payday”.

The school assigned chores to children from the age of 5: shoemaking, laundry, cooking, baking, tilling the soil, planting potatoes and harvesting. Saturday was “payday”.

“I have two candy bars,” recalls War Bonnet. Afterwards, the students were able to watch a film, separated into groups of boys and girls.

The days dragged on. The students woke up at 5:30 a.m. and walked to the church. The mass lasted almost an hour, or even longer on Sundays. The school day began with catechism, then university: maths, history, geography. Then back to the church for the blessing.

On Thursday, the children confessed their sins. The adults forced those who did not participate in the sacrament to stay outside, enduring temperatures that were sometimes well below zero.

Despite the exhausting work, children often have trouble sleeping. They could hear others crying for their mothers. The priests whipped them with a whip on horseback and in a carriage if they wet the bed. Sometimes they shocked the children with a cattle prod.

There was a large bathroom in the boys’ dormitory, War Bonnet said. Sometimes the priest was there.

“So a lot of kids would soil the bed,” he said. “Then they would be punished for it. The (priests) would take their strap and strap them for it.

But a strapping was better than going to the bathroom with the priest, War Bonnet said.

“A lot of times those decisions were easy to make – you stayed in bed,” War Bonnet said.

Corporal punishment was common for minor offences. Priests tied up boys for rolling a marble in the dorms, for speaking Lakota, and often for inexplicable reasons.

“A priest once threw my older brother, Joe War Bonnet, down a flight of stairs and broke his arm,” War Bonnet said. “I think that priest was abusing her in other ways.”

Letters from priests to Catholic superiors have documented sexual abuse in south dakota boarding schoolsincluding on the Rosebud Reserve.

War Bonnet was not ready to share some of his stories with his children, wife and siblings. But he found the strength to testify the trauma before a US House committee in Mayto the output a long-awaited U.S. Department of the Interior report on Native American boarding schools.

The priests starved War Bonnet as punishment – a memory he had almost forgotten, but a sister reminded him of it many years later. He was forced to sit alone at every meal for 10 days straight, and the priests only gave him a glass of water and a piece of bread at every meal. He doesn’t remember why.

“Whatever I did must have been pretty bad,” War Bonnet said.

Her favorite memories from her school-age years are having time off on the occasional Saturday or coming home for two months every summer. Those were “happy times”.

He could see his parents. He could eat. He could be a kid and “climb the tallest tree, sit up there and let the breeze rock you back and forth,” War Bonnet said with a smile.

Read the rest of this series, The Stolen Children of Tulalip.