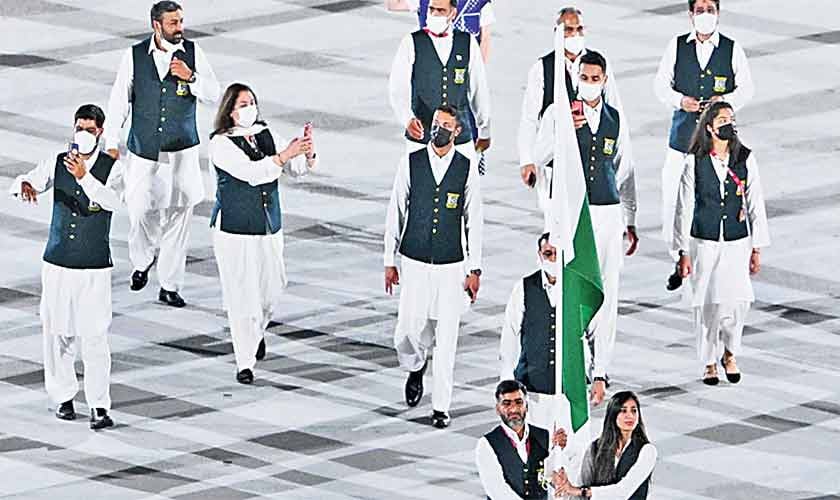 A plethora of problems | Sports

IIn this piece, we will cover various issues regarding Pakistani sports and recent developments. The first thing is whether we take care of our athletes properly. It’s a big question. The decentralization of sport has created a big problem in how to manage national teams and prepare them for international events. Pakistan Sports Board (PSB) budget is too meager and it cannot cope with the pressing demands. It has been observed over the past few years that we are unable to give our athletes the type of training needed to prepare for major international events.

Pakistan has to field its contingents for the Commonwealth Games and the Islamic Games to be held in the next few days, but we haven’t been able to do anything notable in the staging area.

Domestically, we see significant gaps in the available infrastructure which is not suitable for hosting camps in hot weather. These days we have seen players suffering due to hot weather in various centers across the country. Senior officials from various federations and key players in various disciplines have asked me to write something on the subject which is of great importance.

All were of the opinion that the State should develop air-conditioned rooms equipped with modern equipment for training purposes. They also suggested that training infrastructure should be developed in areas like Abbottabad, which is not only easily accessible but also enjoys good weather in the summer.

I hope that the acting Minister of the IPC, Ehsan-ur-Rehman Mazari, will take note of this point. It should be noted that our athletes had to go through some tough times preparing for the Commonwealth Games and the Islamic Games in hot weather. It is necessary to put plans in place to ensure that our players will not face such issues in the future.

There is no doubt that Pakistan Sports Board (PSB) has hired foreign coaches for few disciplines to prepare athletes for Commonwealth Games and Islamic Games but I think if you don’t train your players with the best batch, they will not improve. With the exception of hockey, we have not seen any team or individual player train enough on foreign soil to prepare for these events.

The Pakistan Taekwondo Federation (PTF) held a few days training for its fighters in Iran and the Pakistan Judo Federation (PJF) recently sent Qaiser Afridi for a nine-day training in Mongolia just before the Grand Slam in Ulan- bator. The rest has not been sufficiently exposed.

Our wrestlers who have high medal hopes at the Commonwealth Games were unable to travel to Iran to train due to financial issues. Our boxers also did not have the opportunity to train in Turkey before the Commonwealth Games. And, again, we expect medals from these athletes. If they get medals in these events, it will be a bonus.

As a sportsman, PSB GM Col (Retired) Asif Zaman is always seen as eager to help his athletes, but budget is the biggest hurdle in his way of meeting the players’ pressing training demands.

The other thing is that PSB lacks skilled hands to back Asif and that’s the main reason why things sometimes don’t get handled properly. He needs a qualified team to deal with the various Council business on time.

I always say that if the CEO of the PSB does not have full powers to make important decisions, things cannot be improved. Pakistan’s culture ministers change frequently, as do IPC secretaries. It’s the CEO who comes for at least three years. It should therefore be endowed with unlimited financial and administrative powers to properly deal with sports matters.

The Commonwealth Games and the Islamic Games are fast approaching, but we do not yet know the exact contingents and their sponsors. The PSB is seen following austerity measures and it is unable to support one hundred percent of the contingents for these Games.

It is likely that the Council will sponsor only 61 out of 103 contingent members for the Commonwealth Games. The official list is not yet known. The board should have sponsored full-fledged contingents for these Games, regardless of the medal chances. Unless you expose your athletes to such major events, they won’t learn anything.

The country’s first javelin thrower, Arshad Nadeem, is set to fly to the United States on July 15 to compete in the World Championships in Athletics to be held in Oregon later this month. Arshad is struggling with a tennis elbow injury and we’ll see how he handles things in the United States. He will participate in the qualifying phase on July 21.

On July 6, the PSB Board meeting was held in Islamabad during which important decisions were made including the suspension of the Pakistan Weightlifting Federation (PWLF) for doping and other reasons. PWLF sources told me that the decision is one-sided because the Board did not hear from the federation on doping issues.

Affiliation of Pakistan Amateur Circle Kabaddi Federation has been ratified. However, the federation has been asked to submit all required documents to the PSB within 60 days. This case could provoke a reaction in the ranks of the internationally recognized Pakistan Kabaddi Federation (PKF). When the minutes of the board meeting arrive, the actual nature of the decisions will be known. The kabaddi circle started in Pakistan in 1964 and the PKF set rules for it. He has held 44 national championships in the kabaddi circle so far. Asian kabaddi started in 1985. In India, a single kabaddi federation runs both the Asian style and the kabaddi circle. It will be interesting to see how things develop on this front.

The PSB Board has also approved the decision of the Pakistan Olympic Association (POA) to hold the 14th South Asian Games in October and November 2023.

It will be appropriate to reproduce the press release of the PSB concerning the meeting of its board of directors held in Islamabad under the chairmanship of the Minister of IPC Ehsan-ur-Rehman Mazari.

“CPI Minister and PSB Chairman Ehsan-ur-Rehman Mazari and DG PSB categorically denied media reports about the cessation of benefits to retired PSB employees. The Minister assured that all Allied benefits will continue to be paid to PSB employees and no one will be forced out of service,” the statement said.

“Furthermore, the terms and conditions of employment of existing employees cannot [sic] not to be altered during service, as the honorable courts have already decided in a number of judgments, as pointed out by one of the board members, Major General (Retired) Mohammad Akram Sahi. It was unanimously decided that the terms and conditions for PSB employees will not be changed. It was also decided that the observation would be included in the minutes of the previous 24th Board meeting. It has also been decided that the 14th South Asian Games will be held in November 2023. However, inputs from National Sports Federations (NFs) regarding the venue of the various competitions of the said games may be sought,” he said. . “As per government policy the PSB will sponsor athletes with medal potential and excellent performance. However, the POA may wish to sponsor more players for the upcoming Commonwealth and Islamic Solidarity Games. If one of them [sic] getting laurels for the nation, the government and PSB will not only reimburse the expenses of participation, but lucrative cash incentives will also be given. The Board approved increasing boarding and pocket allowance rates for camp trainees and setting special and supplemental diet rates for prospective athletes. The Council has ratified the Pakistan Amateur Circle Kabaddi Federation for affiliation and in this regard, they will be granted 60 days to complete the required documents in accordance with the approved affiliation criteria,” he said.

“The board suspended the membership of the Pakistan Weightlifting Federation which was involved in a number of professional misconduct other than doping issues. The board unanimously agreed to grant provisional membership to the Pakistan Long Range Rifle Association with PSB for a period of one year as provided for in the Constitution of It has been decided that the Ministry of IPC will take the matter to the Ministry of Home Affairs regarding the holidays of Liaquat High School of Pakistan Ranger Troops within a week. The council also ratified the adoption of a minimum gross salary of Rs 25,000 per month for PSB employees as notified by the Finance Division,” the press release reads.

Haryana government set to audit all 24 private universities amid complaints