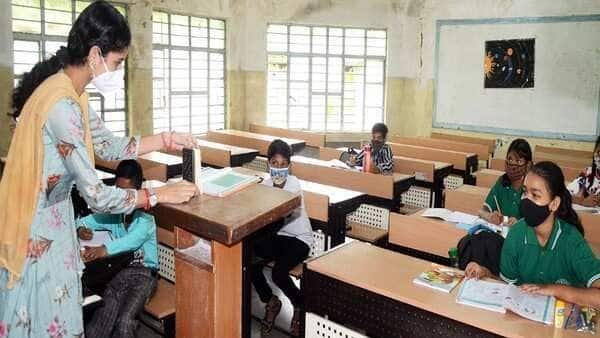 60 students from a boarding school tested positive for Covid-19

â€œOut of 480 students, 60 students have tested positive for COVID-19. Two students had mild symptoms and both are hospitalized. The rest of the students have been quarantined at an appropriate medical facility,â€ the DC said, quoted by the press agency. ANI.

â€œWe will retest on the seventh day. The school is closed until October 20. There is no need to worry, this is a proactive measure. This is a boarding school, the students had been there for a month and when they entered they had no symptoms. Of the 60 students who tested positive, only 2 were symptomatic. Our team is there, we’ve tested everyone, â€said senior manager J Manjunath.

The official informed that a student initially developed symptoms of vomiting, diarrhea, etc., after which he was tested and tested positive for Covid-19.

As a result, a total of 480 students and 57 faculty and non-teaching staff have been tested for Covid-19.

Out of 60 students, 14 are from Tamil Nadu and 46 from various regions of Karnataka.

“After seven days, we will test the remaining students again. We have performed 105 rapid antigen tests and 424 RT-PCR tests. Our team itself camped there at the quarantine center. We are monitoring closely,” a- he declared.

Karnataka’s schools for grades 6 to 8 had previously reopened on September 6, adhering to all COVID-19 protocols.

The state government has already reopened the school for grades 9 to 12 from August 23 in a phased manner.

Meanwhile, a total of 629 new cases of COVID-19, 17 deaths and 782 recoveries have been reported in Karnataka in the past 24 hours, the state health department said on Tuesday.

According to the state’s health department, the cumulative number of cases in the state has risen to 29 74,528, including 12,634 active cases.

A total of 37,763 people have succumbed to COVID infection so far in Karnataka, while the number of people cured stands at 29,24,102.

* Thank you for subscribing to our newsletter.

Bangalore: 60 students from a boarding school tested positive for Covid-19